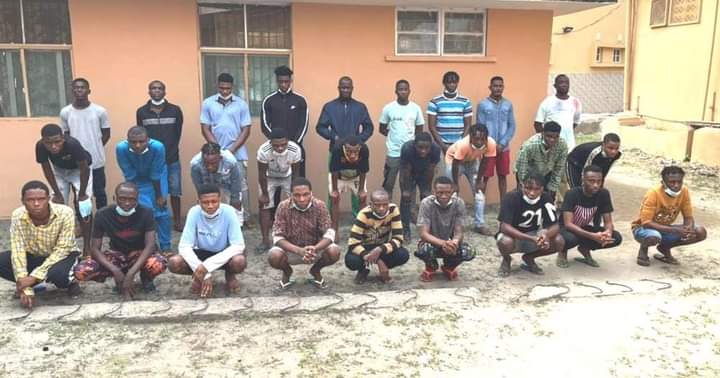 Operatives of the Lagos Zonal Office of the Economic and Financial Crimes Commission, EFCC have arrested 28 internet fraud suspects at different locations in the Abule Egba area of Lagos State.

Luxury cars, sophisticated phones and laptops were recovered from them during the arrest.

They will be charged to court upon conclusion of investigations.