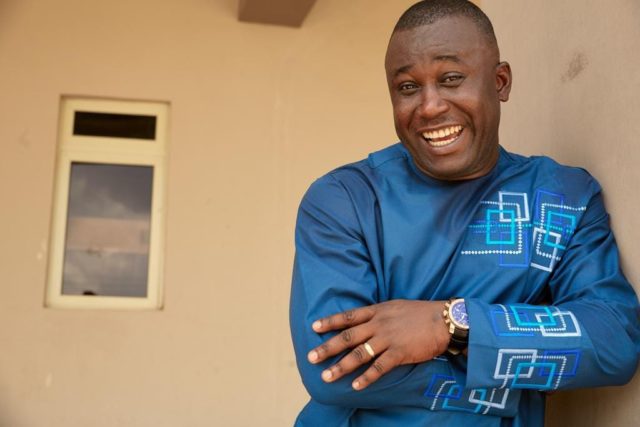 …Allocates one plot of land to about 10 persons

… Guarded by trucks of Soldiers, Mopol attached to him with forged documents by Force headquarters

About one thousand (1000) persons who bought plots of land through advertisement on radio by a Real Estate Developer, Livelihood Homes, popularly called De-Villa Homes, have accused the Rivers State Police Command of compromise by granting bail to the suspect, Dr. Kelly Nworgu, arrested and put in custody on Friday, October 25 but released on Sunday evening.

A 71year old man, Pa Amadi Lawrence, who said he bought a plot of land for, N1, 020, 000(one million, twenty thousand naira), lamented that he had to save up his retirement benefits to buy the piece of land so as to build a house to retire into or possibly hand over to his children, expressed disappointment that Police could discharge the boss of the De-Villa, Dr. Felix Nworgu, after duping them. He said he would seek natural justice.

Uloma Jane Ekwusigo, 29 years old said her fiancée who lives and works abroad had sent her the money to buy the land, she said ever since the land issues began her Fiancée had lost trust and confidence in her, she said the situation has also caused her the cordial relationship with his family as no one believes her, Uloma also expressed disappointment that Police can grant bail to their oppressor on Sunday when its known all over the country that Police do not grant bail on Sunday. She asked what the hurry is.

Another victim of De-villa, Ibezim Michael, also said, ‘’I suspect that De-villa man may have bribed the police. Do you know the man has sweet mouth? He may have used his charm on the Police, but believe me, one day he will meet his Waterloo. Imagine collecting money from over one thousand people for a 100 plots of land. What was he thinking if not to dupe people but police just let him off the hook like that, you see why crime is thriving in our country abi?”

In his reaction, the Rivers Police Command Spokesman, state DSP Nnamdi Omoni, also a Lawyer, explained to Journalists that the suspect was released Sunday afternoon after the suspect met his bail conditions and provided sureties for his bail.

Omoni said the crimes to which De-Villa committed is a bail able offence, which was why the Command granted him bail and released him.

Recall that boss of De-Villa, Dr. Felix Nworgu, was arrested on Friday October 25 evening after about 70 persons sent a ‘’Save Our Soul’’, SOS, petition to the Commissioner of Police, alleging that De-villa duped them of funds paid to acquire land at APO in Omagwa in Ikwerre local government area and Etche Local Government Area since 2018 and more than a year after no land has been given to them to develop despite paying the money in full.

The victims of land investors expressed disappointment over the legal system of Nigeria and how it encourages crime.

The commissioner of CP Mustapha Dandaura ordered his arrest after over 70 persons stormed the police headquarters in rivers state demanding for a refund from Dr. Felix Nworgu who had allegedly sold Land that is nonexistence to them.

The Police Boss CP Mustapha Dandaura also ordered that all advert on de-villa home should be stopped in all Radio and Television stations across the state to ensure that others don’t fall prey to the antics of fraudsters who disguise as real estate owners and developers.

During interrogation of Dr. Felix Nworgu, the CP said he discovered that the three Truckloads of Mobile Policemen attached to the De-villa boss were allegedly gotten through the back doors as documents presented to him on the police security guard where all forged signatories which emanated from the force Headquarters in Abuja.

ALSO READ: I Am Not An Enemy Of The Army – Wike

The CP ordered that all the Police aides attached to De-Villa, Felix Nworgu, be withdrawn with immediate effect and commanded that the officers report to the headquarters on Monday for profiling with their ammunition seized by the state command.

Earlier some of the petitioners including senior citizens who told our correspondent that they invested in the land as means of owing property to build a retirement home in the city not envisaging that the transactions were going to be fraudulent.

For Mrs. Eva Brown said, “I paid N2, 040, 000, (Two million forty thousand naira) for two plots at the rate of one million twenty thousand per plot, since August 2018, ‘’one year since after my purchase I am yet to get any plot allocated to me it’s been come today or tomorrow, I just want a refund since I cannot get the land I paid for.”

And others who brought evidence of paying for one, two and three plots of land at same APO Layout in Omagwa said ‘’we have been trying to get possession of our property, since after the installments payment but to no avail, each time they allocate land to us and you put pillars or beacon to demarcate the land if you come the next day, you discover that someone else has already removed your beacon and when you go to them they will tell you sorry that they will allot you another place, but we don’t want another place but a refund of our monies.”

Mr. Ibezim Uche said; pointing, “Look at the four of us sitting here, we were allocated to the same plot of land. We are tired of fighting each other, we decided to come together to fight our common enemy, which is the man that sold one plot of land to five of us, this, DE villa man has finished us honestly. Instead of coming to fix the problems he created, he wrote petition to the Commissioner of Police in Rivers State that we were threatening his Life, now that we are here let him give us our money, because there is no other means to get to him. If you go their Office at Mgbouoba in Port Harcourt, the number of armed Mobile Policemen will not even allow you to come close to the office.”

The alleged fraudster, Dr. Felix Nwaorgu, in response admitted that all the documents presented by the protesters were genuine but that the money has been used to purchase somewhere else to be able to meet his or customers’ demands.