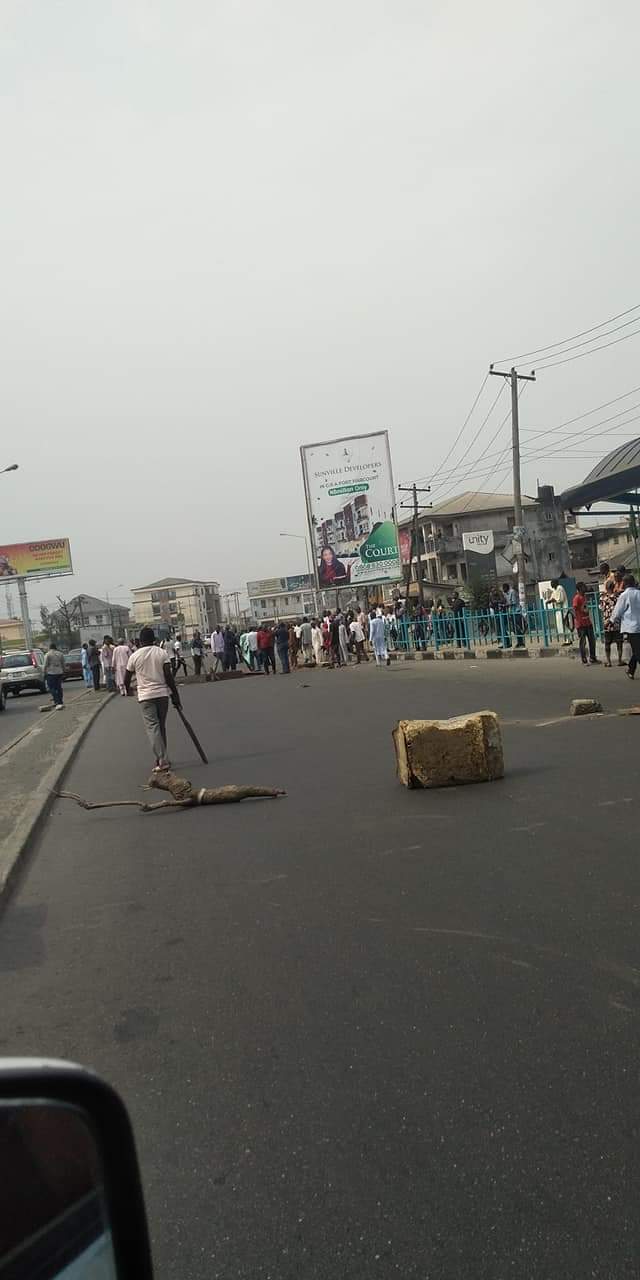 Business and Social activities came a standstill for some hours in Port Harcourt, the Rivers State Capital, on Tuesday, February 25, as members of the local Bureau de Change staged a protest by blocking the busy Port Harcourt/Aba Expressway over the death of one of their members.

It was learnt that during the scuffle with members state Taskforce who attempted to arrest the victim by forcing into their official vehicle and charge before a mobile Court for illegal Street Trading, he slumped and died instantly and Taskforce members fled the scene.

According to Eyewitnesses account, attempt by members of the Taskforce arrest dealers in the local and foreign currencies victim he collapsed and all attempts to resuscitate failed and he died instantly.

The death of one of the money Changers incensed his colleagues who instantly went on Street protest by barricading woods and stones on the ever busy Port Harcourt-Aba Expressway and burnt motor tyres causing terrible traffic gridlock.

“We have consistently cautioned them not to trade on Streets because they constitute nuisance and contravene law prohibiting street Trading but they remained adamant.

“My Officers who assisted the Policemen attached to the Unit that is in charge of the Rumuola and Hotel Presidential axis arrested and charged before the Mobile Court for illegal Street Trading. But due to how frail looking he was, he was merely cautioned by the Court and members of Taskforce to be carried back to meet his colleagues. He was not physically assaulted. After my men had left, about 15 minutes later the news filtered that man slumped and died”. Amaewhule said.

Meanwhile, the Supreme Council for Islamic Affairs, Rivers State branch, has appealed for calm but called on the Police to arrest and prosecute the Taskforce officials involved in death of the man.

In press statement signed by the head of Communications, Asalemu Ibrahim assured that they will follow up the matter to ensure that the members of the Taskforce allegedly connected to the man’s death will be arrested and prosecuted.