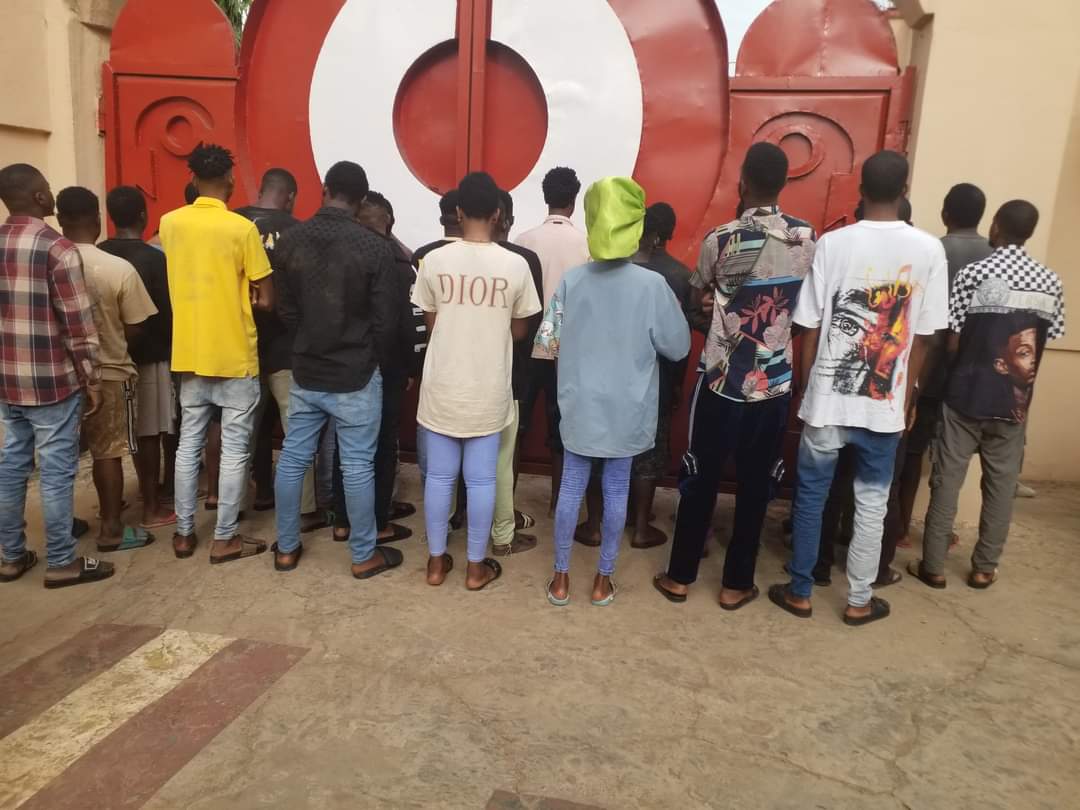 The suspects, comprising of twenty-eight males and two females were arrested at different locations in Ado-Ekiti based on credible intelligence obtained by the Command.

Items including six exotic cars worth millions of naira, forty-seven different brands of phones and sixteen laptops were recovered from the suspects at the point of arrest.

In a related development, operatives of the Command also arrested four persons suspected to have been involved in similar offences over the weekend in Ilorin.

Some of the items recovered from the suspects at the point of arrest included expensive phones, different brands of laptops and a car.

Housewife Allegedly KiIIs Housegirl In Lagos, Hangs Her To Make It Looks Like Suicide