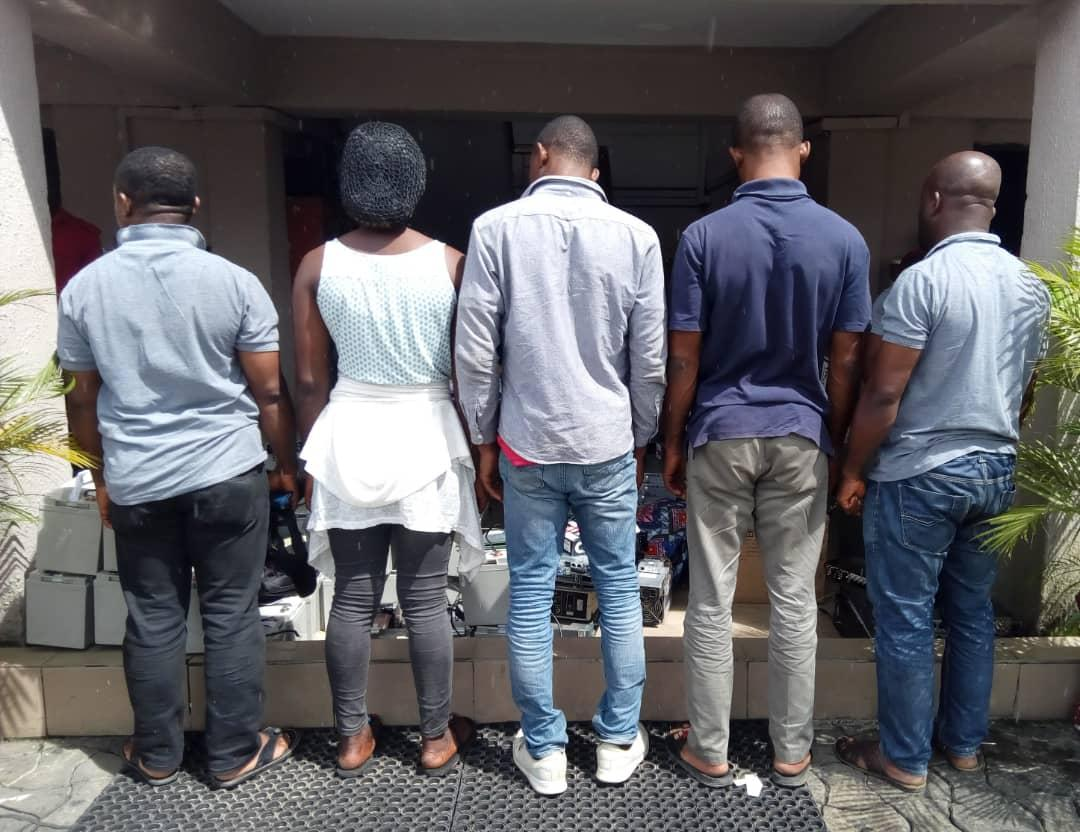 Their arrest, according to EFCC Head, Media & Publicity Wilson Uwujaren,

“Followed several weeks of intense intelligence on the suspects, their residences and operations by operatives of the EFCC.”

He assured that the suspects would be charged to court when investigations are concluded.

Uwujaren quoted Port Harcourt’s Zonal Head of EFCC, Abdulrasheed Bawa, as cautioning the general public to be wary of the operations of illegal satellite operators stressing that there are rising cases of such activities across the country.