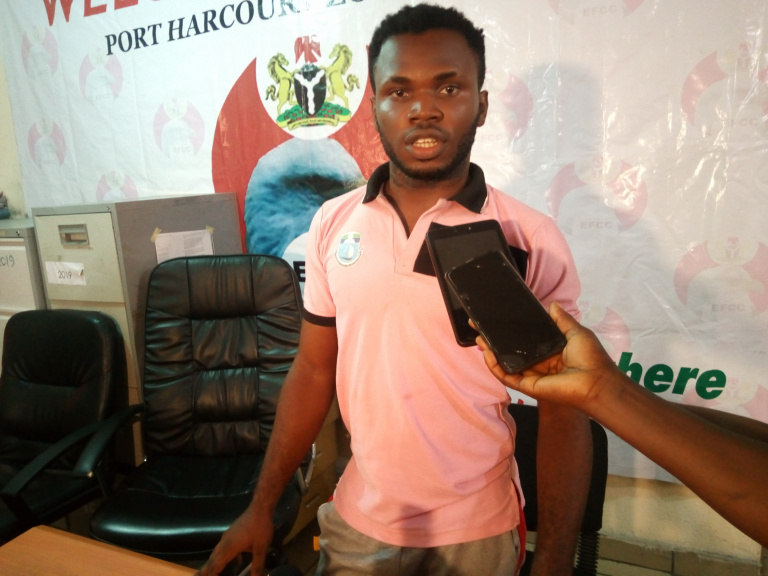 In a chat with Journalists, the Zonal Director, Usman Imam said the suspect was arrested at about 4pm on Wednesday the 26th of February at a new generation bank along Ada-George road in Port Harcourt.

Imam advised bloggers to always cross check the fact before using any information. He assured that the commission will investigate, and ensured that justice is served.

In an interview session with journalists, the suspect, Dikeocha Chukwuebuka, apologized to the commission and the general public for publishing the fake news. He said that the pictures were real but that the picture didn’t belong to the Efcc.

Dikeocha who managed the pager called @TheRealDayne, said that the information was just to bring to light the I’ll treatment of suspects in the cell.

He added that the picture was taken from a glass, and that the open cell belongs to the anti- cultism unit of the Nigerian police in Port Harcourt.