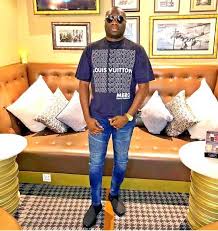 The Economic and Financial Crimes Commission, EFCC, has urged Justice Mohammed Liman of the Federal High Court sitting in Ikoyi, Lagos to dismiss the no-case submission filed by a suspected internet fraudster, Ismail Mustapha, alias Mompha, who is standing trial over an alleged N32.9 billion fraud.

Mompha was re-arraigned on Wednesday, March 4, 2020 alongside his company, Ismalob Ventures, on an amended 22-count charge of fraud.

According to Wilson Uwujaren  EFCC    Head Media & Publicity in a press  statement made available to our Correspondent in Port Harcourt said that at  the resumed sitting today, October 14, 2020, Mompha, through his lawyer, Gbenga Oyewole, SAN, filed a no-case submission, after the prosecution had closed its case at the last sitting.

Oyewole, in urging the court to uphold his client’s no-case submission, said the prosecution had failed to link his client to any offence on all the counts of the charge.

However, the prosecution counsel, S. I. Sulaiman, in his response, urged the court to dismiss Mompha’s no-case submission application, which was adopted before the court.

In urging the court to dismiss Mompha’s application, Sulaiman said the prosecution had been able to link the defendant to the alleged offences based on the evidence adduced and exhibits tendered through the 10 prosecution witnesses, who had testified in the matter.

He, therefore, urged the court to dismiss the application and order the defendant to open his defence.

After listening to both parties, Justice Liman adjourned the matter to November 18, 2020 for ruling on the defendant’s no-case submission.

Abductors Demand N10 million ransom for one Bonny 4 –Jane Hart, Daughter of one of the Abducted Bonny Four cry for help