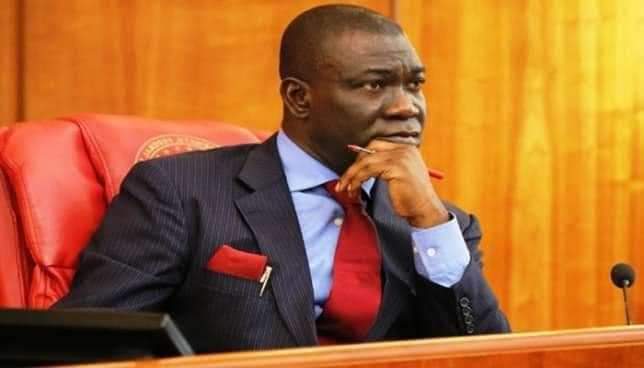 A Federal High Court in FCT, Abuja, on Friday, ordered an interim forfeiture of 40 landed properties belonging to the embattled former Deputy Senate President, Ike Ekweremadu, who is in custody in the United Kingdom.

Trial Justice Inyang Ekwo granted the interim forfeiture order, after he heard an ex-parte application that was brought before the court by the EFCC.

In his ruling, Justice Ekwo ordered the anti-graft agency to within seven days, publish the interim forfeiture order of the properties in a national daily.

Attached to the ex-parte application marked FHC/ABJ/CS/1242/2022, which was moved by a prosecutor at the EFCC, Mr. Ibrahim Buba, was an affidavit that identified the properties as subject of an ongoing investigation.

EFCC told the court that the landed properties, 10 of which are situated at Enugu, three in the United States of America, USA, two in the United Kingdom, UK, one in Lagos, nine in Dubai, and 15 located in the Federal Capital Territory, are suspected to have been acquired with proceeds of crime.

The court subsequently adjourned the matter till December 5 for a report on objections from any member of the public that has interest in any of the properties.