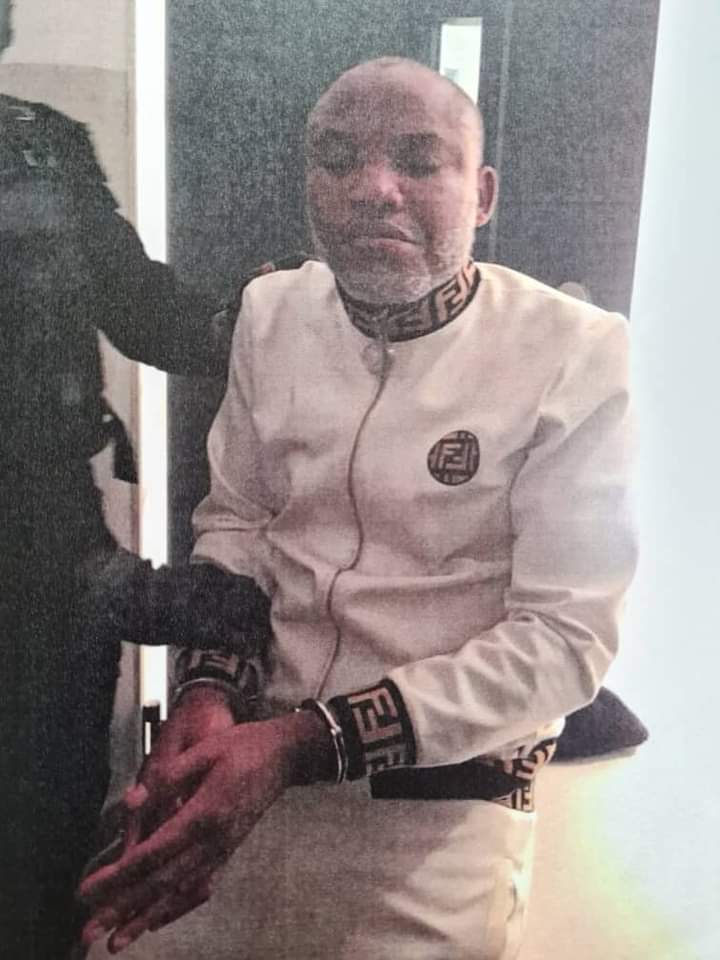 How Nnamdi Kanu Was Arrested In Czech Republic

The Federal government has arrested the leader of the proscribed Indigenous People of Biafra IPOB, Nnamdi Kanu.

A very competent source narrated that Kanu travelled from England to Singapore before heading to Czech Republic on Friday .

Our source said with the tip off from the Czech Republic officials to Nigeria government, the IPOB leader was arrested on Saturday in Prague, Czech Republic.

The attorney General has also disclosed that Kanu would be taken before the Federal High Court in Abuja for the continuation of his trial on charges bordering on terrorism, treasonable felony, unlawful possession of firearms and management of an unlawful society.

Recall that Kanu was granted bail in April 2017 on health grounds but skipped bail after flouting some of the conditions given to him by the court. He has been on the run since then. Justice Binta Nyako who granted his bail on grounds of his ill health later revoked it on March 28, 2019 and issued a Bench warrant for his arrest in any part of the country.