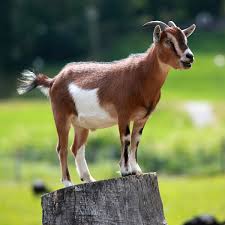 Man Hacked To Death In Ubima Over Goat

One Aleruchi Awuzuruike was allegedly hacked to death by one Chibueze Ojiriome over the killing of a goat owned by the deceased.

An Eyewitness who is also a native of the community who identified himself as Gift Chimele  disclosed that the deceased  went to the house of Mr. Ojiriome and reportedly accused him of stealing and killing his goat.

The native revealed that an argument ensured leading to an altercation and the suspect took a machet and allegedly cut Mr Awuzuruike severally which led to his death.

It was gathered that the suspect was apprehended by OSPAC, a local Vigilante group in the community and handed over to the Police Division in Ubima.

Meanwhile a human rights Activist in Rivers State, Amadi Paul Onuoha, who is a native of the Ubima condemned the killing and called for a thorough investigation into the incident.

The Police spokesperson ,SP Nnamdi Omoni in an interview with Journalists confirmed the killing in Ubima.

SP Nnamdi Omoni said “l can confirm the unfortunate incident of Ubima where one Chibueze Ojirome  23 years old without justification gave several machete cuts on one Samuel Awuzuruike, which caused his death. Recall that some days ago the same suspect killed a female goat belonging to the deceased.

“This attracted the villagers who resorted to self help by burning the suspect’s home before the Police arrived.

Meanwhile the suspect has been arrested and corpse of Awuzuruike deposited in the mortuary, while investigation is ongoing.So far normalcy has been restored”.