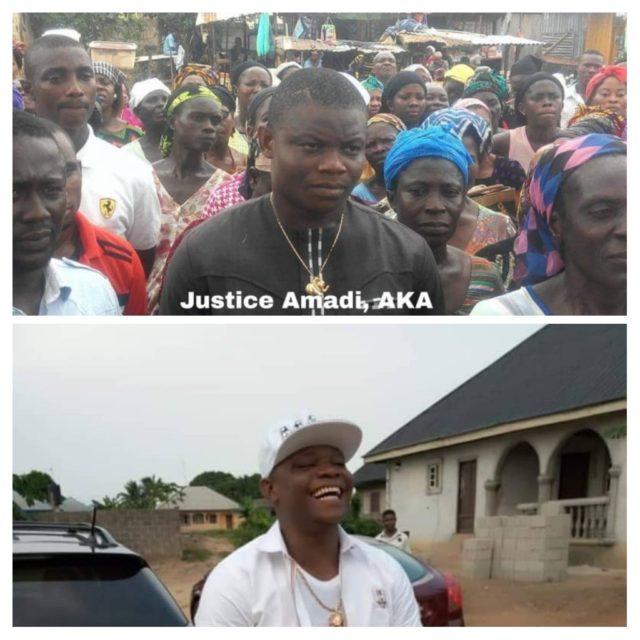 A suspected notorious gang leader Justice Amadi a.k.a Italian and his gang have been declared wanted by Rivers State Police Command for alleged murder of two Policemen who were on their way to respond to a distress call.

According to the profile by the Police, Italian hails from Omueke Isiokpo in Ikwerre Local Government Area of the State.

“Justice Amadi alias Italian is suspected to be a notorious armed robber and leader of a Cult group whose gang is responsible for all the criminal activities in Ikwerre and its environs.”

The official Police statement described him as dark in complexion, 5.6ft tall, in his mid-20s, speaks Ikwerre and English Languages fluently.

Among the alleged criminal activities carried out by Justice Amadi and his gang members are: The murder of two Police men on 1 June, 2019, at about 5.45pm who were ambushed at the Elele/Omerelu Road, while responding to a distress call.

The leader of the Police team, DSP. Yusuf Abdullahi of the Anti-Cultism Unit was shot and sustained life threatening gunshot wounds, while a Police Sergeant was killed and his rifle stolen.

The criminal gang led by the wanted alias Italian, is alleged to have Kidnapped Mrs. Chioma Ewor on June 1, 2019, at the Redeemed Church of God, at lgwuruta, in Ikwerre local government area and was taken along with her Lexus SUV Rx330.

The victim was later rescued the following day at a forest in Ipo Community, Ikwerre Local Government Area and her car recovered.

They were also accused of attacking Police Mobile Personnel on 6 June 2019, along Elele/Omerelu Road, when they were ambushed, one was shot dead and two others sustained gunshot wounds.

In the light of the above, the Command appealed to the general public or any person with useful information that can lead to the arrest of alias Italian, to report to the nearest Police Station or call the following;

The Police pledged that a handsome reward awaits any person that can give information that will lead to his arrest or those of his gang members.