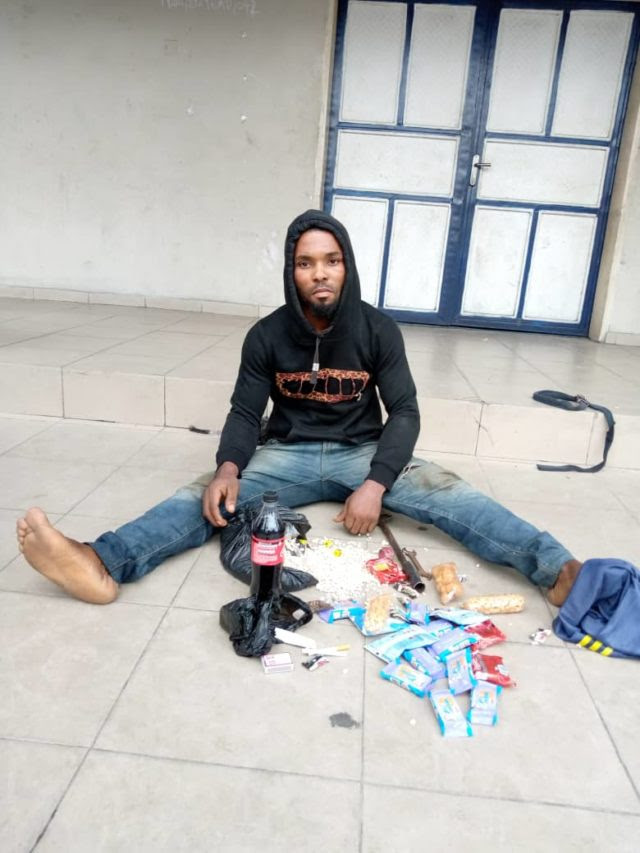 A 25-year-old Plumber who was arrested for break-in and entry into a provisions’ shop in Rumuodara, Obio-Akpor local government, a suburb of Port Harcourt, Rivers State, has blamed famishing hunger and thirst for his criminal acts and pleading for pardon from the owner of the shop where he broke in and stole biscuits and gala to quench hunger.

The 25 years old, Destiny Asuquo, Plumber, from Akwa/Ibom state was arrested by vigilante group in Rumuodara Community, last week on Thursday morning after he broke into a provision shop and allegedly stole biscuits, gala and soft drinks.

However Civil Rights Council Rivers State has called on the Vigilante group in Rumuodara to ensure rights of arrested suspected criminals are not violated.

State chairman of civil rights council, Prince Wiro, made the appeal to the Youth President of Rumuodara after the arrest of, Destiny Asuquo, from Akwa/Ibom state was arrested by the vigilante group Thursday morning for breaking into a provision shop to steal biscuits gala and mineral and should be handover to the enforcement agencies.

On interrogation, the suspect said he is a Plumber but hunger made him to break into the shop to steal biscuits, gala and non-alcoholic beverages.

He claimed that he had not eaten for two days and has been hoping to get a day job that can feed him but to no avail and was forced to break into the shop to eat something little to save himself from hunger shock, having suffered chronic attack of Ulcer for two nights.

Prince Wiro also appealed to the Rumuodara Youth President, Frank Nzube Weli, to ensure suspected criminals arrested by the vigilante in that area are not tortured but should be handed over to the Police because they are still presumed innocent until proven guilty by a court of competent jurisdiction.

At the time of this report, the suspect had been handed over to Okporo Police station in Rumuodara for investigation and prosecution.