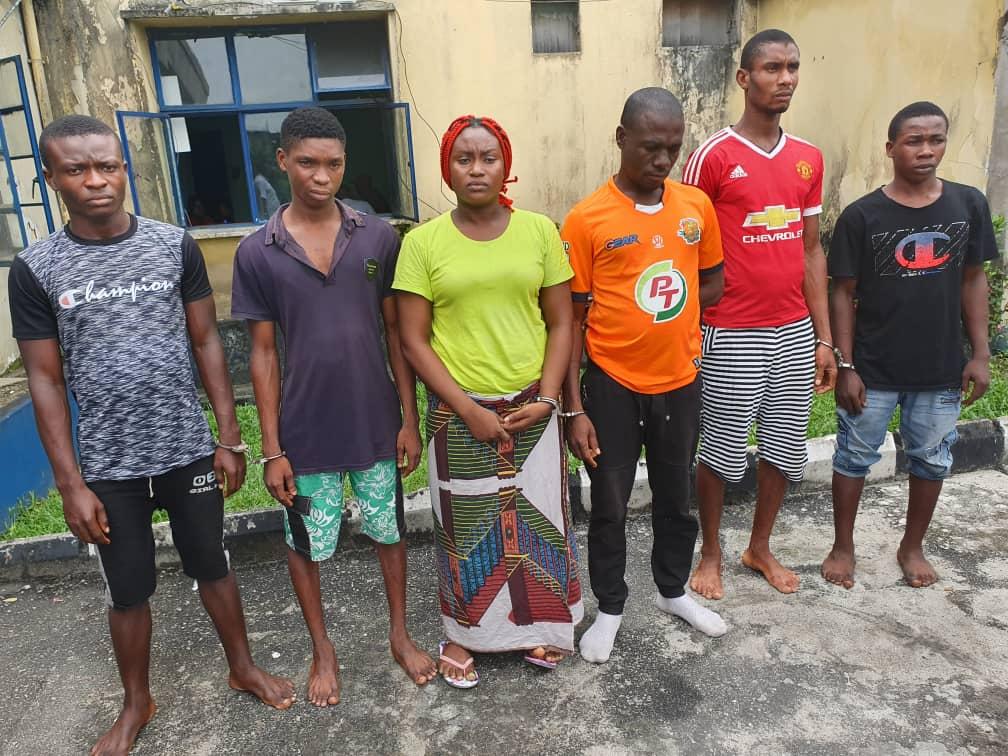 The Homicide Section of the State CID said it had concluded Investigation and established a prima facie case against six persons who allegedly murdered a chapter Chairman of the Peoples Democratic Party, PDP in Alakahia, Obio-Akpor local government area of Rivers State and will soon arraign them in Court.

Rivers Police Command set to charge to court 6 suspects allegedly connected to the murder of a PDP Chieftain, Anele Nworzuruka, who was shot dead in front of his wife And 3 children on the September 21, 2019, in Alakahia in Obio-Akpor local area of Rivers State.

The late Anele Nworzuruka, who was Peoples Democratic Party, PDP, Chapter Chairman of Alakahia community in Obio/Akpor LGA in Rivers State, was murdered in front of his wife and 3 children on the 21 of September 2019 by unknown gunmen in his family house after the gunmen attacked at him about 2 am that fateful morning.

Bright Wali 21 years, who is also from Alakahia community and Miss Peace Augustina, 23 years old of Abia State were arrested by men of the State Criminal Investigation Department, SCID, this month.

The Spokesman of the Rivers Police in the State, Nnamdi Omoni, who confirmed this to Journalists said after a thorough investigation by men of the State CID the suspects allegedly confessed as being members of the gang that murdered the Late Nworzuruka.

DSP Omoni, a lawyer, said they would soon be charged to court because investigation on their matter has been concluded.

He further said police are trailing the fleeing members of the cult group responsible for the killing of the late community leader.

One of the suspects arrested in connection to the murder, Bright Wali in an interview with Eastwest reporters explained how he was forced by two other members of his gang to the house of the late Anele Nworzuruka.

Mr. Wali who denied being part of the gang narrated how he got involved in the man’s murder. On her part, the female suspect, Peace Augustina who also denied being part of the group that killed the late Anele Nworzuruka explained how Mr. Wali informed her of the crime but could not hide it and told her late boyfriend IBE CHIMAs wife. And left for ABA until she returned and was captured by men of state CID.

The police in its press statement issued to newsmen reads as states that Operatives of the Command’s Criminal Investigation Department (SCID), while following up on the Murder of Late Chief Nwozuruaka Anele, a PDP Chieftain who was murdered on 21 September, 2019 in cold blood in the presence of his wife and children at his residence in Alakahia, Obio/Akpor LGA of Rivers State.

The Suspects who were arrested at different times, allegedly confessed to belonging to members of Iceland Cult group terrorizing Alakahia and Choba Communities in Obio/Akpor LGA of the State.

One of the suspects, Bright Wali is said to have confessed to have led his gang on that fateful day, to the house of the deceased, where they shot him to death. His confession led to the arrest of others who have also confessed their complicity in the murder.

The Homicide Section of the State CID having concluded Investigation and established a prima facie case against them, will arraign them in Court.