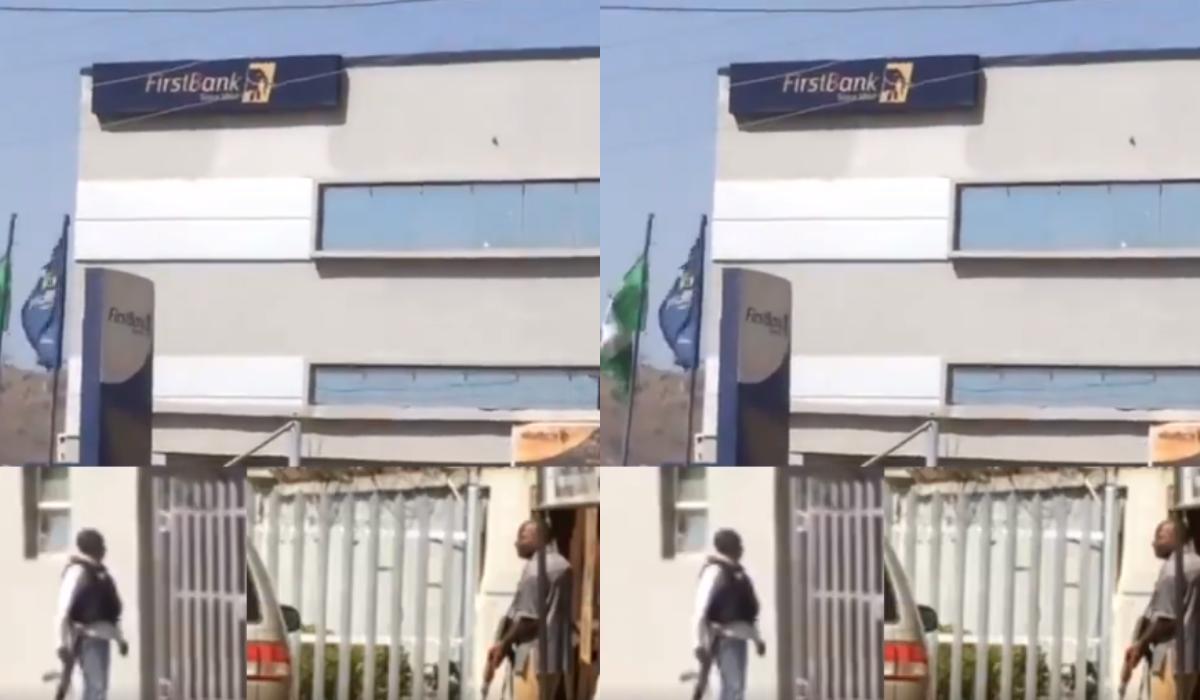 The siege at the First Bank in Mpape, Abuja, which started Saturday morning, has ended.

The robbers, who had been trapped in the back, have been arrested by a joint team of the police and military.

One of them was eventually killed by the superior firepower of the security agent.

Some eyewitness claimed that a staff, was also nabbed.

The attackers were said to have alleged that “an insider” was working with them.

The police, in an official reaction, said the FCT Command scuttled the attempted robbery at about 12:00hrs.

ASP Yusuf Mariam, Deputy Police Public Relations Officer, in a statement, said: “Police Operatives were immediately deployed to the scene and engaged in crossfire with the robbers thereby foiling the attack on the bank with the backup of the Military.

“Consequently, Four suspects were arrested and one shot dead while trying to escape. The Commissioner of Police has ordered a discreet investigation of the incident”, the spokesman said.