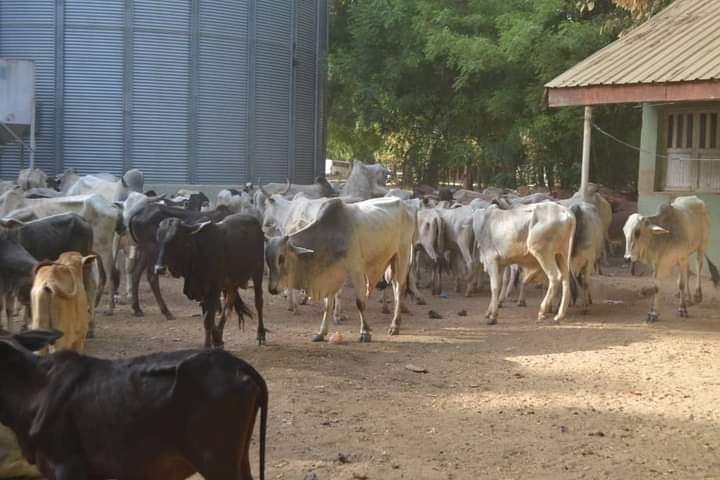 Troops of Operation Hadarin Daji have Neutralized Fifteen armed bandits and foiled what could have been a deadly attack on Sabon Gari, a Community in Bakura local government area of Zamfara State

On arrival at the Community, the gunmen started shooting sporadically in the air, Injured five Persons and rustled large number of cattle

The troops deployed to keep peace in Bakura town responded swiftly and engaged the Bandits in fierce gun battle that lasted for over two hours,
which forced the Bandits to abandon the rustled cattle and flee into the forest with Gunshot wounds

According to him, three AK 47 riffles, rustled cattle, one Operational motorcycle and other valuable items were recovered

Aminu Suleiman urges residents of the area to be vigilant and always resist any attempt by any Criminal group to attack their Communities.

The Injured Persons according to him are currently receiving medical attention at the General Hospital, Bakura.

Housewife Allegedly KiIIs Housegirl In Lagos, Hangs Her To Make It Looks Like Suicide