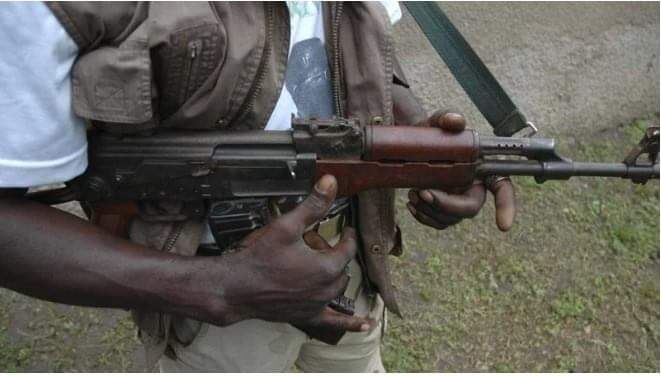 Residents of an Ogoni Community of Luubara  in Khana Local Government Area of Rivers have been living in shock since the invasion of a  drinking bar by unknown gunmen suspected to be cultists on Tuesday night December 29, 2020  killing two persons and two ladies critically injured.

À native of the Community,Nwibani Barry, who spoke to Our Correspondent on phone explained that the gunmen invaded the community at about 8pm and went to a beer parlour near the market square where they shot at people indiscriminately.

Mr Nwibani revealed that two men Timothy Baridapdo and Bariyaa died at the spot, while two ladies who sustained gunshot injuries were taken to the hospital by the Divisional Police Officer SP Bako Angbashim of Bori Division.

Mr Nwibani called on relevant security agencies to come to the aide of the Community to protect them from attackers .

No group has claimed responsibility for the attack at time of this report. It was not also clear if the dead victims are members of cult of rival groups fighting for territorial control.

Another source disclosed that the gunmen may be members of a cult group who were in search of their rivals.

The  Executive Chairman of Khana Local Government Area, Lahteh Loolo has neither reacted or made any official statement about Tuesday incident.

Calls were made on Chaiman’s  cellphone. The phone rang out twice and but there was no response.

However when our Correspondent called his Media Aide, Comrade Christian Saro Ganale, Director, Press affairs to the Chairman he said his boss has been in a meeting and he not had been  authorisedto comment of on the incident.

He promised to issue a response when he has been authorised to do so.

The Spokesperson of Rivers State Police command, SP Nnamdi Omoni in his response to our enquiry said he had not received the report yet.