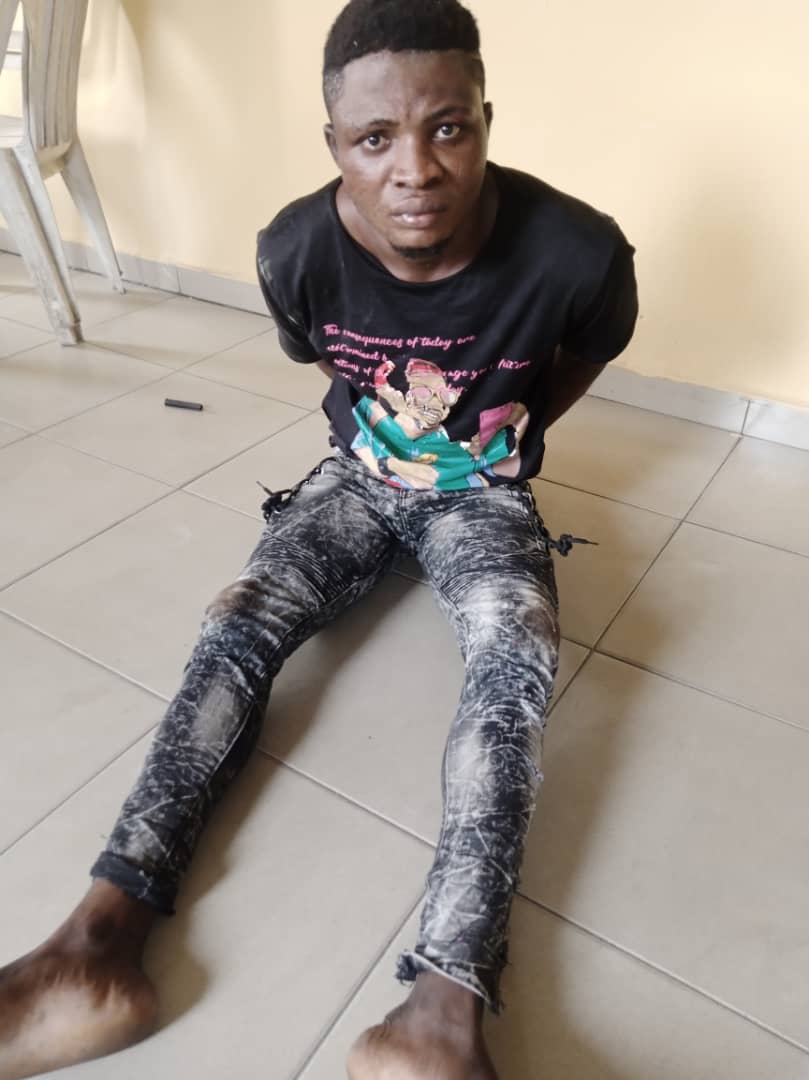 The  President of Rumuodara Youth  Association, Frank  Weli, who confirmed the incident, in a telephone conversation with our Correspondent explained that he got a distress call that some hoodlums were robbing worshippers this early morning.

He said, he quickly called members of vigilante in the area and on getting to the scene the armed men with Ak 47 riffle shot into the air in order to scare the members of the vigilante to make way for their escape.

One of the female Victims of the robbery gang.

Mr Weli disclosed  that the two others with AK 47 riffle ran away but the vigilante were able to apprehend ‘SS Chief’ whose gun was not visible at that point in time.

.The  President of Rumuodara Youth Association told our reporter that the suspect has been handed over to Okporo Police Station in Rumuodara.

He revealed that a locally made pistol with two cartridges was recovered from the arrested armed robbery suspect.

He stated that the hoodlums inflicted injury on some of their female victims while harassing them indecently.

The Spokesman of Rivers State Police command, SP Nnamdi Omoni, was yet to respond to text messages sent to him on his guard mobile line by our Correspondent at time of filing this report.

However, a Senior Police officer confirmed the incident to our Correspondent on the condition of anonymity.