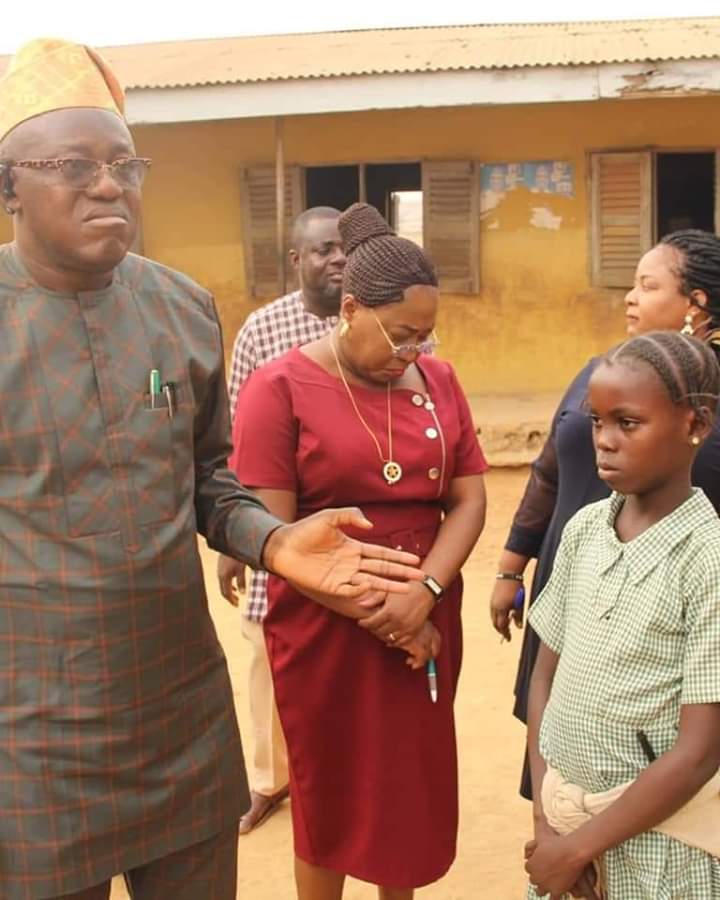 The Government issued the directive through the Executive Chairman, Oyo State Universal Basic Education Board, Dr. Nureni Adeniran, following an inspection tour of some schools in Ibadan metropolis.
Adeniran maintained that the Government would not tolerate inequity and gross indiscipline among teachers, noting that the Board suspended the erring teachers due to established facts met on ground at the various schools they supervised.
He added that apart from illegal collection of fees from pupils, the suspended teachers were also found culpable of insubordination and refusal to comply with posting instructions.

The SUBEB chairman, who stated that the suspended Teachers would face a disciplinary committee set up by the board, said the committee has been mandated to ensure a thorough probe of the allegations and give all concerned fair hearing.

An Assistant Head Teacher, IMG School 2, Oje-Igosun, Mufudat Abioye was also suspended for illegal collection of fees.
It would be recalled that the Oyo State Government, after announcing free and qualitative education in May 2019, approved the payment of N526 Million as running grants to Primary and Secondary schools for the first term of 2019/2020 session.

The Schools are expected to submit records of disbursements to the State government at the end of each term.
The SUBEB chairman said: “It was during our tour of schools that we discovered failure of some teachers to comply with posting instructions, while some of them were collecting illegal money from the pupils, despite reiteration of the free-education policy of this administration.”
He added: “So far, we have discovered that some saboteurs are among the teachers, who are flouting the State Government’s directives and pulling down our efforts to sanitise the teaching system in the State.”
The SUBEB chairman described the acts of the teachers as unruly, adding that the government would set up a standing disciplinary committee to handle such misdemeanours.

“We discovered that the absence of supervision and monitoring of education activities in the State has given so much room for impunity and indiscipline. We will not allow this to happen henceforth,” he added.

Speaking further, he said: “This would serve as a deterrent to saboteurs among the Head Teachers in the State. They should know henceforth, that the State Government will not tolerate indiscipline.”
According to him, the State Government’s stand to put a stop to quackery and indiscipline in the teaching profession still stands, adding that recalcitrant teachers across the State to must desist from illegal acts.

Dr. Adeniran also stated that the Governor Seyi Makinde-led Government would not relent in creating conducive teaching environment for teachers, through provision of infrastructures, payment of running grants and prompt payment of salaries.

He, however, warned teachers not to take the administration’s compassion for timidity.

UNIPORT drags one of its Professor, Bricklayer to Court for allegedly stealing Chippings, slabs worth N6,000