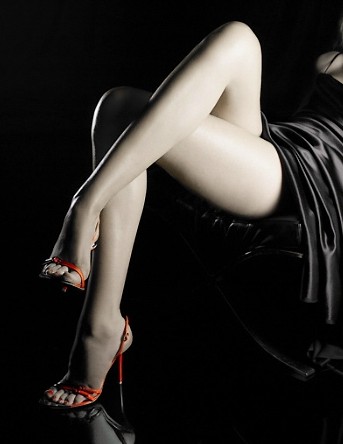 We met in a lusty Saturday rain. She was shivering under the shed, her blue sundress melted to her skin, her dark, intertwined braids matted against her cheeks. There was a distant look to her eyes that suggested she wasn’t thinking, just standing there, shivering, waiting.

The rain did not stop. It went on and on while she shivered and her clothes dried on her body, the fabric creased, resembling used tissue. I offered her my dry sweater and she took it, grateful, wearing it around her shoulders, zipping it up, still shivering while sharp gusts of the wind raised goosebumps on my skin.

She told me her name was Lola afterwards, when the rain had stopped and the wind had begun to settle down, and then offered me back my sweater.

It was true. The wind still felt wet, too wet. I held my teeth from chattering with a conscious effort.

She paused then, her hands on the zip, her eyes stuck on me, at my offer, deliberating, assessing. The magic was in the way her eyes held mine, actively probing, in that moment, weighing my words like sugar, looking for something I wasn’t sure I had. It was, for me—and in hindsight, for us—a moment of dread and excitement, of choice, of creating or departing. My toes trembled and I desperately wished she would not return my sweater, that she keep it and tip something over between us.

She decided in our favour and the moment of suspense recessed. Her hand left the zipper and locked mine. I told her I would rather escort her to wherever she was going, to make sure she was warm, before I took back the sweater. That was how I walked her home, both of us silent, wrapped together by the cold, enjoying the decision she made.

I didn’t take back my sweater but I got something better in return.

Lola became the person whose company I couldn’t resist. Time spent with her was heavenly. After lectures, on weekends and holidays, at nights, Lola forged with me a bond that held our hearts together, that tugged at my chest, sometimes pulling me along so fast I got dizzy, sometimes holding me fast from falling, keeping us apace, our steps in rhythm. It was an absolutely unreal experience; connecting with someone of the opposite sex at such a deep level, going beyond our genders, beyond the surface, so beyond we almost hit rock-bottom.

Sometimes, when the connection throbbed too strong, we held hands and waited until the moment passed. It was difficult, almost dangerous, to manoeuvre emotionally at such depths. During such moments, my heart seemed to pump only thick honey.

The bond snapped when we had sex.

In the blinding pleasure of the act, we ran, making for each other, but we went in opposite directions, pulling the bond taut, so taut it gave. After our orgasmic convulsions, when it was too late, we opened our eyes to find our bond torn to pieces; we had finally hit rock-bottom and perhaps because our vessel was not yet ready, it shattered, leaving us stranded at the bottom of the ocean, strangers, unable to reach for each other. We would soon drown, die, and float apart.

Our communication became one-dimensional; strangled, flat, abstract pieces trying to go beyond the surface, trying to flow at familiar depths. We strove for what we had, and once more, we had sex. Once more we found ourselves running away from each other. Once more, we found ourselves at the bottom of the ocean, marooned, the evidence of what we had lying in pieces before us.

It all went downhill after. The connection fizzled out. We kept at being friends—with an effort. We no longer held hands as much, except, obligatorily, on special days. Other people became more interesting to us while we, to ourselves, shrivelled into pallid, one-way characters.

We broke up. She is an “ex” now. A sad description. We meet infrequently at occasions these days. The last time we met, it was at a wedding and when I saw Lola approaching me, bag in hand, my heart felt overwhelmed with faint visions of what could have been. She said she had something for me, that I should wait for her to get it. I stood there, pounded by Fuji music from the loudspeakers, inhaling the smell of wasted Jollof rice, watching her leave, wondering why there was no strain of the past in her, whether it was all just a good dream that was over. Her voice seemed to have the low, sultry lilt of the experienced lover. I wondered how many men she had dated after me and whether she had found the connection with any of them.

I turned to look behind me. She was in an evening gown, golden, the strapless kind that revealed cleavage. A small handbag was in her left hand and clutched in her right hand, thrust out, was a red sweater with blue squares at the waist. A very familiar sweater.

“It’s yours. I thought I shouldn’t hold on to it any longer,” she said coolly and gave it back to me.

Agboola Timi Israel is an eighteen-year-old undergraduate of FUTMINNA. He studies Materials and Metallurgical Engineering by day and Literary Science by night. He has a scatter-shot collection of published and soon-to-be-published works on blogs, anthologies and Facebook, where he writes on soccer, literature, girls, and tends to his nonexistent fan base.