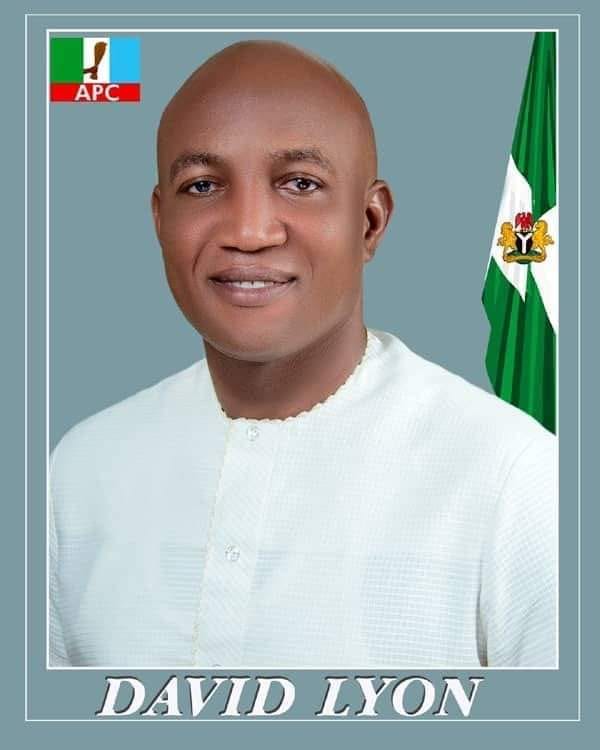 Chief David Lyon, who made this known during the ongoing campaign tour to his hometown in Olugbobiri, Olodiama clan, Ekowe and Oporoma in Southern Ijaw Local Government area of the state, said if elected, his administration will ensure the provision of social amenities and ensure that Peremabiri Rice farm is paid adequate attention not only for food provision but also to have people gainfully employed.

He declared that when he becomes governor, his administration would introduce community based consultations where the traditional rulers, youths and the women would have their contribution towards developing the work area.

He urge the traditional rulers as custodians of our traditions to always exercise their authority in ensuring peace and security pointing out that without this atmosphere, development cannot take place.

Hon. David Lyon also promised to look into the Polytechnic in Ekowe to support the NDU in the development of man power saying that the present administration has failed the people of Bayelsa State.

At his home town in Ologbobiri, the campaign tour did not fall short of expectation as thousands of kinsmen, supporters and party faithful’s defied the heavy rainfall to welcome the campaign train

Chief David Lyon commended his people for the thunderous show of support and turn out, urging them to replicate the turn out during the November 16th Governorship election with votes for the Party.

The campaign train was received on arrival by a colourful set of traditional rulers representing the 13 communities that make up the Olodiama Clan at the palace of His Royal Majesty King Napoleon Seibighe Orianzi, the Ibenanawei of Olodiama Clan.

Addressing the traditional rulers shortly before he was conferred with a chieftaincy title alongside His Deputy governorship candidate Senator Degi Eremienyo and the APC party chairman, Hon Amos Jotham, Hon. David Lyon expressed joy and appreciation for the warm hospitality accorded him and the entourage.

Hon. Lyon said it was indeed a home coming and that they have only heard about the his intentions and today I have come to officially inform and present myself to you my Royal Fathers for your blessings in the  forthcoming governorship elections on the 16th of this month.

Chief David Lyon disclosed that his emergences as the flag bearer of the APC was the singular work of man he holds in high esteem, which the current Petroleum Minister of State, Chief Timpre Sylva and appealed to the Royal Fathers to help extend his heart felt gratitude to him.

Hon. Lyon further disclosed that about (8)years ago, he had a discussions with AGIP to provide electricity to their host communities in Olodiama Clan pointing out that the contract has been awarded and that site clearing was scheduled to take off as soon as the flood season is over.

During his visit to the Bomo Clan in Ekowei, David Lyon assured the people of Bomo Clan that apart from ensuring the provision of social amenities, his administration would ensure that the Peremabiri Rice farm is paid adequate attention not only for food provision but also to have people gainfully employed.

He declared that when he becomes governor, his administration would introduce community based consultations where the traditional rulers, youths and the women would have their contribution towards developing the work area.

He urge the traditional rulers as custodians of our traditions to always exercise their authority in ensuring peace and security pointing out that without this atmosphere, development cannot take place.

Earlier, King Joshua Igbugburu (X). JP, the Ibenanawei of Bomo Clan and Chancellor of the Federal University Lafia, Nassarawa State, stated that a leader who fails to recognize and respect tradition institutions was bound to fail and gave his endorsement blessings to the APC flag bearer and his running mate, Senator Degi.

The royal father appealed to the pair to help construct roads connecting the towns in southern Ijaw to ease the pains and suffering of traveling to the various communities.

The train was received on arrival in Oporoma, the headquarters of Southern Ijaw Local Government Area by Amanawei of Oporoma Kingdom, His Royal Highness, Ambassador Ogidi-Oki Peter Ayibakuru IV at the chiefs council.

Receiving the delegation, the traditional rulers said the entire local government share similar problems and urged Hon. David Lyon to know that Oporoma is an oil bearing town yet has no roads, no hospital, no pipe borne water and no electricity.

The APC flag bearer David Lyon, in his response assured the people that his administration would as a matter of policy constantly engage the youths, women and the traditional rulers to address the issue of insecurity saying that peace is a necessary ingredient for development.

David Lyon said his emergence is still a miracle but assured the people that he was gaining in strength and resolve and urge his teaming supporters to show courage in the face of financial inducement during the elections.

He stated that the PDP government has impoverished Bayelsan for close to 8years emphasizing that the APC was coming to clean the mess.

ALSO READ: BAYELSA AND THE IMPERATIVE FOR CHANGE

Highlights of the day was the acceptance of the supporters of the Executive Chairman of the Local Government Area, Hon Nigeria Kia and those of the speaker of the state house of Assembly, Hon. Obolo Bobou who have now defected to the APC.

BAYELSA AND THE IMPERATIVE FOR CHANGE