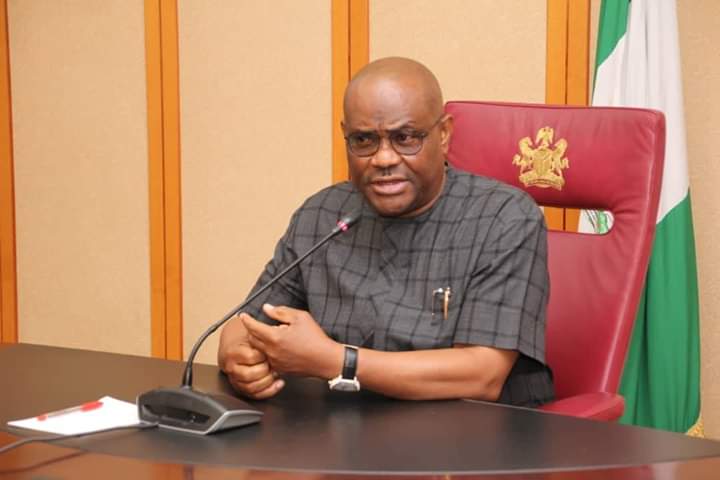 …All land Borders around the state closed

…The infected person beat all security measures that were put in place at the Nnamdi Azikiwe International Airport, Abuja and was to sneak into Port Harcourt.

In a move to check the spread of coronavirus to Rivers State, the State Government on Wednesday announced that Air, Sea and Land routes into the state will be closed to traffic, beginning 6am, Thursday, March 26, 2020.

In a broadcast on Wednesday, Rivers State Governor, Nyesom Ezenwo Wike said that the measure became necessary in view of recent developments.

He said: “It is with gratitude to God that I announce to you that our State would have been infected with Coronavirus yesterday, but for the vigilance of security agents who, acting on a tip- off prevented an infected person from boarding a flight from Abuja to Port Harcourt.

“The infected person beat all security measures that were put in place at the Nnamdi Azikiwe International Airport, Abuja and was to sneak into Port Harcourt before security agents stopped her.

“Based on this alarming Information, the State Security Council met yesterday and reviewed measures already put in place and decided that there was urgent need to adopt stringent measures to protect those living and doing business in the state from the virus.

“The council has therefore taken the following painful decisions:

Governor Wike said that the new measures will be in place till further notice.

He noted: “Let me reiterate that the situation we are facing requires drastic measures because coronavirus has ravaged many countries.

“Security Agencies have been empowered to strictly enforce this directive. There will be no room for sacred cows because the virus is no respecter of persons.

“May I once again call for the support and understanding of everyone living and doing business in Rivers State to help the relevant Government Agencies implement these measures to check the spread of coronavirus to the state.”

The Rivers State Governor added: “At this time in our national life, we must shun primordial sentiments and face the reality on ground.

“I am confident that God being on our side , the temporary hardship we are facing today will come to an end very soon.”

Governor Wike recounted earlier measures taken by the Rivers State Government to tackle coronavirus, emphasising that they were still in force.

He said: “In that broadcast, I announced the setting up of Surveillance Posts at our land and sea borders, beginning from Tuesday, March 24, 2020.

“I also informed you that after due consultations with Religious Leaders, all forms of open worship including crusades and vigils were banned.

“Public Burials and weddings were prohibited, while public parks, night clubs and Cinemas were directed to close down.”