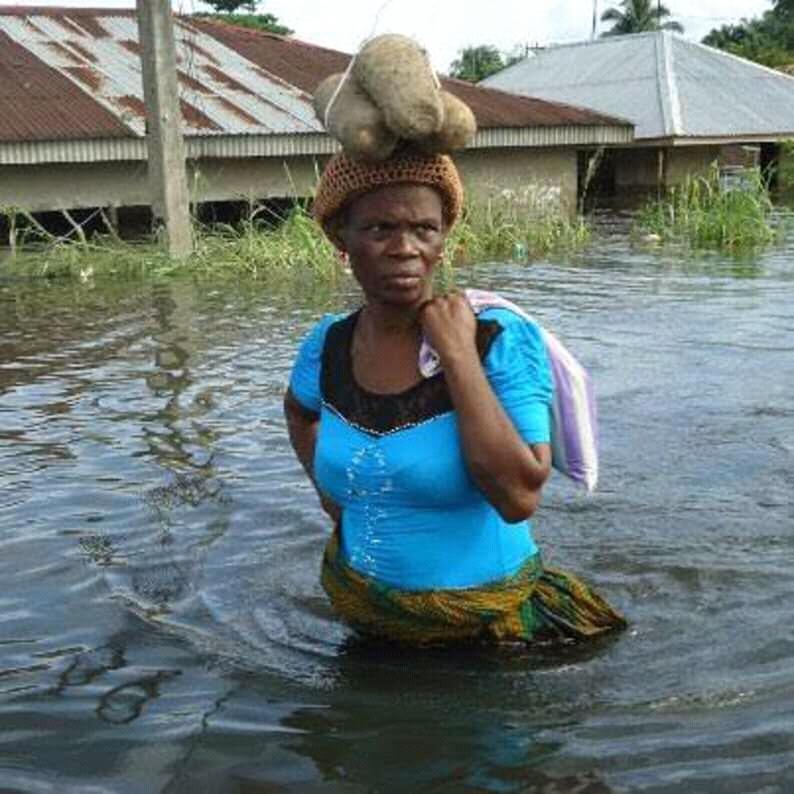 Lament refusal of Governor Wike to visit them in their suffering

Four days after people of the Orashi region were disallowed from marching to the Rivers State government house Port Harcourt by full detachment of armed Policemen.

Some flood victims have started returning to their homes as flood recedes. This is coming four days after people of the Orashi region were disallowed from marching to the Rivers State government house Port Harcourt by full detachment of armed Policemen.

The flood had staged protest march to occupy government house since Governor Nyesom Wike refused to visit them for more than two months since flood ravaged the area.

A visit to some of flood ravaged areas Akinnima, Mbiama and Jonkrama in Orashi region showed some of victims drying their mattresses and wet households in the sun. Orashi region of the state which is mostly affected by flood is made up of Ahoada East, Ahoada West, Ogbe-Egbema-Ndoni local government areas of the state that Orashi River runs through their land. Orashi river Is a tributary of River Niger.

Many families were seen cleaning their houses, while others bailed out flood water.

Some of those interviewed expressed fears that their houses may collapse because of the fear that their foundation may have been compromised due to the excessive soaking up of water.

Mr Ibrima Akani, a father of five Children said: “We are packing back to our houses because we don’t have options, but were afraid that the houses may collapse anytime. When you enter some of the rooms you see cracks.”

“We are not happy that despite appeals and peaceful protest, our Governor Nyesom Wike, refused to visit us to at least see how we are suffering.”

Former Chairman of the Nigerian Medical Association Rivers State, NMA, a Doctor with the University of Port Harcourt, UPTH, Ibitrokemi Krubo, warned as the flood victims go back to their homes, there should be health and environmental awareness of the health risks.

“They may be faced with waterborne diseases, malaria, because of stagnant water and rodents and possible snake bites. There should be health audit of the affected areas and if possible, fumigation before they move back to their homes”.