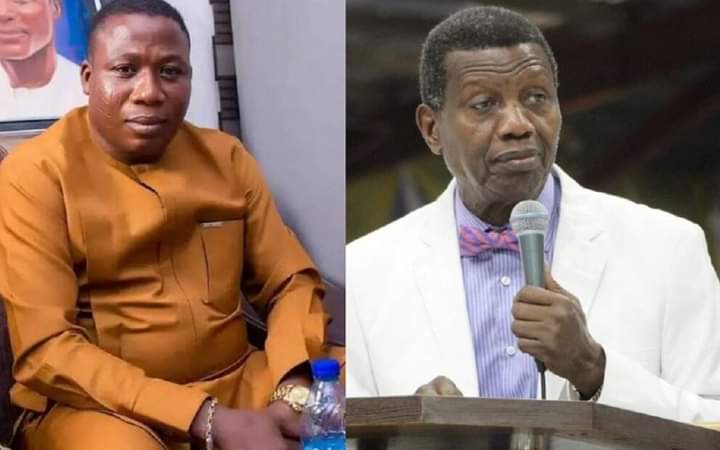 One of the chieftain of Afenifere, a pan-Yoruba socio-political organisation, Mogaji Gboyega Adejumo has revealed what happened the moment leaders of the group visited General Overseer of Redeemed Christian Church of God (RCCG) Pastor Enoch Adeboye over his son’s death.

Adejumo said the man of God played the video to them where Sunday Igboho hauled abusive words and cursed him and they were moved to tears.

Adejumo added that the Pastor Adeboye had been supporting Yoruba Nation agitation against Igboho’s belief and he shouldn’t have attacked such respectable person.

Recalled that the Yoruba Nation agitator and right activist, Sunday Adeyemo popularly known as Sunday Igboho recently attacked the man of God alleging that he is working against agitation for Yoruba Nation.

Igboho in the interview did not mince words when he hurled curses at leaders or pastors who refuse to support the secession agenda, saying God would kill their children and wives.
He said this during a live Facebook broadcast with his media aide, Olayomi Koiki, on Saturday night.

Koiki had asked the activist to send some words to Adeboye through the live video, to sympathise with him over the death of his son.
But, Sunday Igboho appeared infuriated by Koiki’s request as he asked if the man of God had declared his support for Yoruba nation.
But the Afenifere chieftain in a statement yesterday said the cleric has never worked against the agitation saying Igboho’s action of disrespecting important people in Yoruba land will rather be a disservice to good cause of agitation for Yoruba liberation.

“YOUR SONS WANT TO SELL YOUR PROPERTY TO BURY YOU 2 YEARS AFTER YOUR DEATH”—SEINYE O. B LULU-BRIGGS WRITES HUSBAND