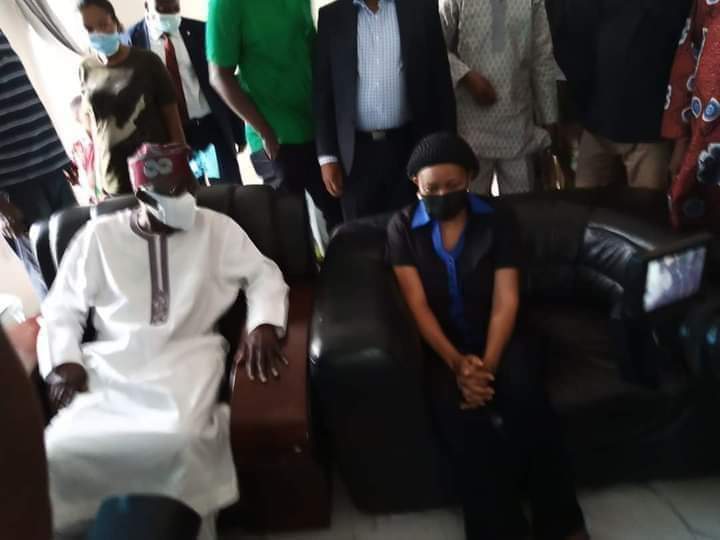 Like millions of Nigerians, I received with profound shock the news of the death early this morning of Mr. Yinka Odumakin, spokesman of Afenifere, committed fighter for democracy, dedicated civil society activist, courageous and outspoken defender of whatever ideals and principles he believed in and a patriotic citizen in every sense of the word.
Ever since his student days, Odumakin had been fearless and unrelenting in speaking up in promoting the cause of justice and what he perceived as the best interest of the citizens of Nigeria. He participated actively at the forefront in the various students and youth struggles against successive military dictatorships in the 1980s and 1990s. In the process, he was arrested, harassed and even detained several times. Yet, he never allowed himself to succumb to tyranny or be pressured into submissive and pliant silence.

In the struggle against the annulment of the June 12, 1993, presidential election and the perpetuation of military dictatorship, Odumakin was never found wanting. He was at the vanguard of the battle even at the risk of his life and liberty. It is impossible to credibly tell the story of the emergence of the democracy we enjoy in this dispensation today without emblazoning Odumakin’s name in gold. He was a doughty fighter for freedom and the rule of law. He was rock solid in his commitment to Afenifere, the Yoruba people and the several other civil society groups in which he played active roles.

Odumakin never held public office. But he has been a constant feature and part of our public consciousness over the last two decades of this unbroken democratic dispensation. He epitomized the true definition of the citizen; a patriot who was ever conscious of the fact that his life could not be complete or his humanity meaningful if he did not take an active interest in and join likeminded fellow citizens in seeking always to promote the common good of his community and country.

In the course of the last two and a half decades, Odumakin and I had cause to collaborate in various organizations and in pursuit of different political causes at different times and I can testify to his capacity for hard work, his brilliance, his tenacity in his loyalty to his cherished principles. Even if we differed politically, I had no cause to doubt his sincerity in charting his chosen path. He will forever remain a model of what a citizen who places the good of his country above his personal interest could be. For, given his talents and abilities, Odumakin could easily have opted to focus on his personal welfare and that of his family rather than embroil himself in the several struggles he dedicated his life to.

It is certainly not fortuitous that his wife, the indefatigable Amazon, Dr Joe Odumakin, was Yinka’s comrade in struggle and active collaborator in fighting for justice, liberty and the dignity of the underprivileged. They were iconic soul mates in the ceaseless battle for a better and greater Nigeria.

I join millions of Nigerians in condoling with Dr. Odumakin and her family in this sad hour. May God comfort and strengthen them even as they take solace in the massive outpouring of grief nationwide at Yinka’s painful passage.

I also express my heartfelt condolences to Chief Ayo Adebanjo, the Afenifere leader, and all other leaders and members of Afenifere as well as all Yinka’s associates in the civil society movement. His life vividly demonstrates once again, in the immortal words of Chief Obafemi Awolowo that “it is not life that matters but the courage you bring into it” and that it is not how long we live but how well and productively that matters. Odumakin is gone. But he lives on in the memory of millions of his compatriots. May his soul rest in peace.

“YOUR SONS WANT TO SELL YOUR PROPERTY TO BURY YOU 2 YEARS AFTER YOUR DEATH”—SEINYE O. B LULU-BRIGGS WRITES HUSBAND