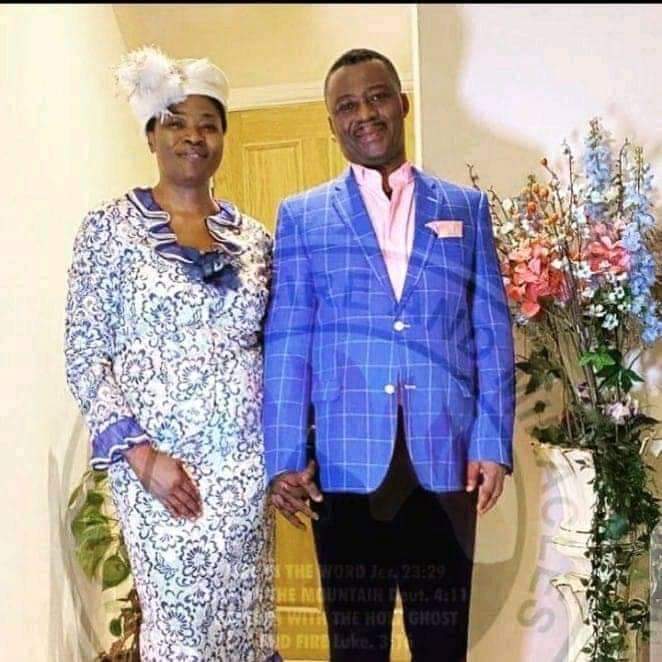 On this special day, one cannot but celebrate a modern Apostle of faith, Dr. Daniel Kolawole Olukoya, who turns 65 today. The General Overseer of the Mountain of Fire and Miracles Ministries (MFM) is a man of many parts, yet his radical role in societal and youth development is worthy of mention.
As a student of philosophy of religion in the fall of 2012, I learnt the ABC of religion in an attempt to define the subject satisfactorily. The ABC acronym stands for: Assurance of salvation; Believe in a God-figure and Conversion of non-believers. They are the three main ingredients shared by all religions without which none is complete. For one, the assurance of salvation is central because it guarantees life in the hereafter. And it is for that reason that one of the main purposes of religion is to take believers to heaven or have them rapture-ready. That notion, ab initio, aims to make the most of the now in preparation for eternity. However, the danger of the heaven-bound objective of religion is that some hardliners and religious zealots, not peculiar to the Christian faith, completely turn eschatological, negating life and living itself.

But religion can be more symbolic by teaching how to live life to the utmost without being paralyzed by fears of the unknown, and that is the category where Olukoya belongs. A religion with a more positive outlook to life will realise that the society itself is the bedrock of all our becoming and perhaps a mirror-image of that to come. In societies that are most kind to life and less hellish for living, it is less difficult to imagine a vision of heaven and to live accordingly with less promptings. That view readily nullifies the position that social well-being is inversely proportional to religious patronage. On the flip side, the fact that there are too many social ills to deal with is an indictment of religion and its roles in society. The point is that religious practitioners need to find the right balance between the objective of the afterlife and having life here in its abundance. Only in the latter would religion be most positive and sociologically relevant to draw more people to faith.

One of those religious leaders leading that charge is the celebrant of today. Love or hate him, his ministry has one the biggest philanthropic commitments to social development. His critics will find his swelling congregation, cluster of churches, routine services and human foibles of some lieutenants rather strange for a Pentecostal church of the 21st Century. I also strongly doubt that their next-door neighbours will warm-up to their unorthodox mode of worship and the die-by-fire mantra. Truly, MFM is an unusual contemporary church setting. It was modeled after the firebrand Christianity and aggressive evangelism of Apostle Joseph Ayo Babalola, to reignite the revival of apostolic signs and wonders, shame satanic agents and set today’s captives free. But radically different from the Apostolic of old is the modernity that Olukoya has infused into evangelism, manifesting as social impartation that the church is making in education, corporate social responsibility and sports development.

Note that the persona of the General Overseer is itself a wonder. It is ironic that an exceptional scientist with a first class degree in Microbiology, PhD in molecular genetics, and perhaps the first African to be so decorated would abandon the laboratory and a stellar career in genetics to pastor a church. Yet, he has continued to inspire both faith and the secular world through consistent demonstration that spiritual fire or revelation is no substitute for empirical knowledge and enlightenment; neither should religious beliefs rival good education in dispelling ignorance. Put differently, the journey to heaven starts from the earth and should be knowledge-based. And it is that understanding that has morphed into the church’s steady investment in quality schools, one of which is the Mountain Top University (MTU) that is next-door to the Prayer City. Quite consistent with his first love too, Olukoya continues to contribute to the field of genetics and biotechnology through the Daniel & Fola Biotechnology Foundation to develop budding gene scientists in Nigeria. For his University of Lagos Alma Mata in 2021, he opened a brand new sprawling and fully-kitted research edifice, popularly known as the D. K. Olukoya Central Research & Reference Laboratories, in the institution. Also, the refurbishment of the ground-floor entrance into the UNILAG Senate building and yearly award of prizes to first-class student-members of the MFM worldwide are all to his credit.

To further complement his social interventions is his support for the development of sports. In the last seven years, MFM FC has been a resounding fairy tale for many lovers of league football in Lagos. What started as an inter-church football competition mutated into MFM FC, and the sole representative of Lagos State in the feisty Nigerian Professional Football League (NPFL). Not even the fortuitous relegation of the side to National League (beginning from next season) and the club’s management intrigues will blight Olukoya’s huge investment to keep the club side going and as a talent mill for Nigerian footballers. In other sports of Basketball, Athletics and Wrestling, ace talents like Odunayo Adekuoroye that had been given platforms to bud, would eternally be grateful.

Olukoya is rarely the type to utter political comments that will make newspaper headlines. Yet, his emphasis on a society governed by morality and values consistently resonates. At his conferment of another doctorate degree, honoris causa, by the University of Lagos in April 2019, he turned a social crusader advocating for compulsory courses in life ethos of integrity, diligence and dignity. He did see, by divine revelation or empirical evidence, that the society is imperiled without consistent and refined virtues of Omoluabi (that is, the Yoruba notion of a moral exemplar). Obviously, the good character of a few in a multicultural, dynamic and demanding world no longer suffices for a developmental agenda. Rather, goodness of character in youths must complement awareness of the technological age and demands of today’s world. In that integrated ethics, sharpened intelligence will propel youths to focus and pursue personal ambitions, while foundational moral values will conscientise those aspirations and temper their achievements to align with the common good of the society.

Clearly, Dr. Olukoya has continued to hone the sociological relevance of Christianity and given practical meaning to living and fresh inspiration to the work of God. He is not one to delude his congregation about life and its struggles. He would even say: “a life without struggles is a fraudulent one.” Individuals must however continue to strive prayerfully and practically to get by. That straddling between miracles and purposeful work is the way for modern religion, if it must keep pushing for an advanced society and ipso facto bring heaven to earth. It is for those lofty contributions that Dr. Olukoya deserves our appreciation as he turns a year older today, and to urge him to do even more in years ahead. We wish the Apostle more grace and inspirations in the real service of God. Ire o!