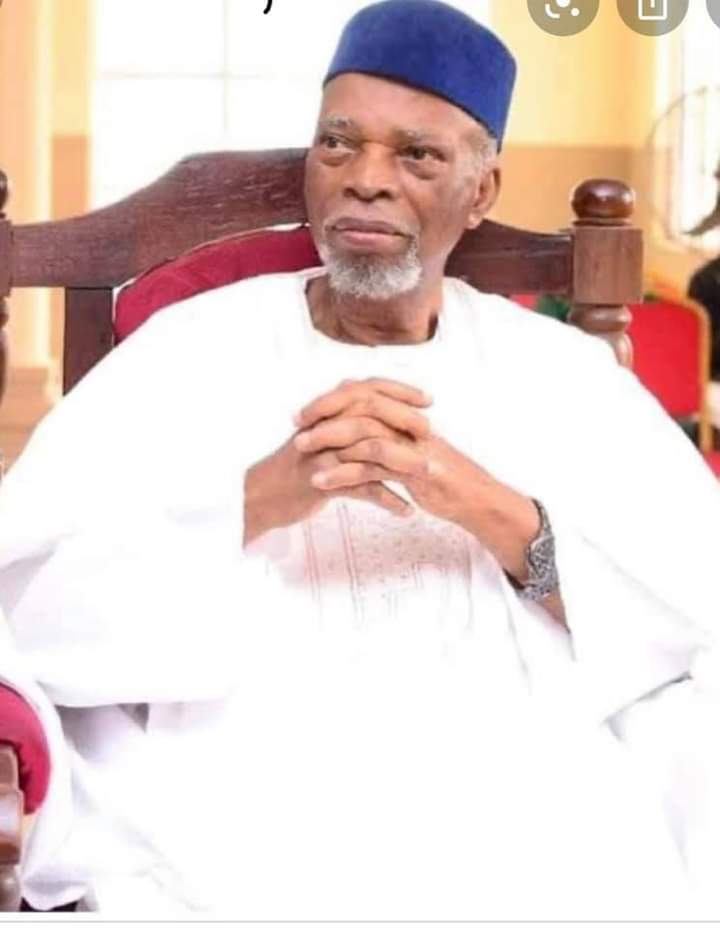 If he had lived for 120 years Olumilua passing would still have been a loss . If he had died at 70 his life and departure would still have elicited joy because he packed it full with meaning and value. It was a life well lived as a public servant , a businessman and a politician of note.

We cannot but thank the heavens for giving us an Olumilua who lived a life of deep love , integrity and honesty.

With him you know where you are . Not for him the Janus faced politician who talk sweet in your presence , praises you and as soon as you depart says something different.

He was not the type that another Ukere son and creative giant Niyi Osindare described thus in his poem The Politician’s Two Mouths:

“Is it not the politician
Who sees a snake
and hails an earthworm?
he prostrate for a vote
but his mind squats like a hungry dog”

If Olumilua is with you he is with you 100 percent and if he is not he will go on the roof top to adumbrate why. God gave him a gift of the gab to give expression to his views and opinion in a manner no one could have misunderstood him. It was left for you to accept his admonitions, give a thought to his view and change accordingly or fail to do so and belly ache till you hurt yourself.

Papa was an Ekiti patriot, a gentleman to the core and for those who have related with politicians , this is a rarity. Papa served our people and defended their interests till his last days without asking for much in return.
Olumilua, was a quintessential diplomat who despite his forthrightness and Ekiti stubbornness still went ahead and performed creditably in that career where you are expected to say blue when you mean white.

As a businessman he did very well after his foreign service tour . He got dragged into politics when in the 80’s General Ibrahim Babangida called a constituent assembly to discuss a new constitution for Nigeria. He represented his people very well at the august conference ,which was where I met him for the very first time as a young reporter who was sent to Abuja to report the conference.
One day at the conference , he got up and spoke impeccable English laced with good logic. On inquiry I was told this urbane and cosmopolitan individual was from Ukere, a few kilometers from my Ado Ekiti origin.
I was elated and proud at that moment that someone from the same source as mine could exude such intelligence, such suaveness, such polished manner and a high degree of refinement.

Many of his co-conferees must have seen what I saw that day , and what the Ukere people had earlier seen in him to have asked him to abandon his business to go and represent them. From that moment on he got a national attention, a national acclaim and aplomb which saw him to become the governor of old Ondo State, and a cultivated leader of the progressive movement in Nigeria.

When his remarkable time as a governor was cut short in 1992 he didn’t give up .He was resolute in his pursuit of service to his community and the community of those who envisioned egalitarianism for our society.

It was in the course of his moral leadership of our party in Ekiti that my path met his again. If there was any leader whose bosom I will sit it was that of his and his very close friend Ajiroba of blessed memory. They both were men of polished manners who spoke truth to power and will tell it the way it is. They were never swayed by lucre or cheap adoration of power.

I will forever be grateful to both of them for having given me a helping hand to the Senate when people who I thought I was very close to gave me a dribble of my life and played me like a felele football.

The occasion of this tribute is not the auspicious time for this story but let me assure that Papa’s role in my political career will get a good mention in my autobiography.

It is sufficient to say that whenever you feel that the world has deserted you you will find Papa , like an angel , and as an evangelist he was , standing beside you and saying ‘ my son God will fight your battle’ as he told me one sweltering afternoon in the governor’s office in Ado Ekiti in 2011.

As you take a bow after 80 years of living graciously I thank you and will forever be appreciative of you. You were clean inside and out. You lived a dignified life. You were just , you were committed to truth and justice.

No matter what the consequences may be Papa you spoke your mind firmly and with a tone of finality . No one could dissuade you with lucre.

While we commiserate with members of your family we shall continue to hold you up as the pride of our people. You served diligently, upheld the Ekiti ethos and you shall forever be remembered for being a true Ekiti son.

In closing let me quote another daughter of Ukere , a world acclaimed singer, Sade Adu who sang in one of her numbers

Papa was a soldier of love. His heart brimmed with love and he showered it on everyone he came across all of his life. Even when he admonished you it was out of love so that you could change for the better and not follow the path of ruination. May his soul be received with that warmth by his maker.