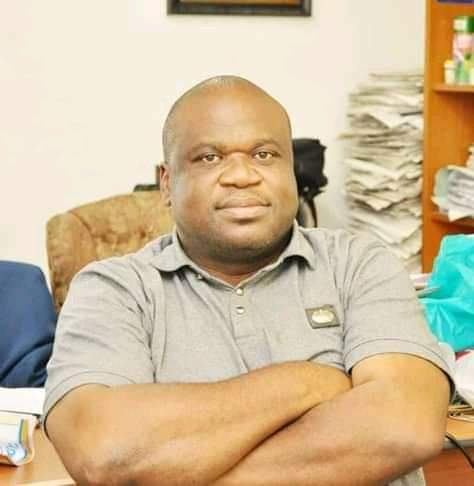 Rivers State Government has announced a Fifty Million Naira Endowment Fund for the training and welfare of the children of the late Senior Special Assistant to the State Governor on Electronic Media, Simeon Nwakaudu.


Governor Wike who described the demise of his late media aide as most unfortunate, said he distinguished himself by serving the State and Government with utmost dedication and loyalty.


Represented by the Chief of Staff, Government House, Engr. Chukwuemeka Woke, Governor Wike noted that  the late Nwakaudu also sacrificed his time, energy and life to the service of the State.


According to him,  Nwakaudu was bold, brilliant and insightful while informing and disseminating government policies and programmes.


He did not  also forget his colleagues in the journalism profession as he ensured that there was no friction between the government and the media in the country.


The Governor assured the Nwakaudu family of his commitment to ensure that the relationship that existed between him and his late aide would continue to flourish.


Also speaking the Chairman, Correspondents Chapel of the Nigeria Union of Journalists, NUJ, Rivers State, Chief Ernest Chinwo, who spoke on behalf of the NUJ in the State, said the union  lost a thorough bred professional.

He noted the valuable contributions of late  Nwakaudu to the journalism profession, saying  he would be greatly missed.

In her speech, the wife of the deceased, Mrs. Monica Nwakaudu described the death of her husband as unexpected and a big blow to the family.


Speaking on behalf of the Nwakaudu’s family, Chief E.O. Nwakaudu, expressed gratitude to the Rivers State Government for the support given to the family.

Members of Government House State at the Burial

WIke urges to companies to improve their partnership with Government

He said such partnerships would make business activities to thrive in the interest of the organisations and Rivers people.

Governor Wike gave the charge when the Managing Director of the Port Harcourt Refining Company Limited, Engr. Ahmed Dikko led the management team of the company on a courtesy visit at Government House, Port Harcourt.


The Governor noted that there are many areas of mutual interests that could be explored in a State that is the headquarters of the hydrocarbon industry.


He enjoined the company to rehabilitate the access road leading to their operational base.


“Each time I go to Okrika and get to the Refinery,  I get uncomfortable. You have such a  Company yet the road leading to your establishment is very bad.


“Why is it that nobody has bothered.  Is it because it is in Port Harcourt.  Would anybody had agreed if it were in another State?


“Now that you are  budgeting to rehabilitate the refinery, you should include the Road,” he stated.

He announced that government had paid 40 percent mobilization fee to the contractor handling the Woji-Aleto-Alesa-Refinery Road project.


The governor also berated the company for not supporting the State Government  in its fight against coronavirus pandemic.

“During the pandemic lockdown,  all I saw were requests. You asked for approval for the movement of your products. You did not  support the  government to fight  COVID-19 pandemic.


“Now you want government to help you to stop land encroachment but you will not  support us.


“However, as a government, we shall continue to carry out our social contract with the people by supporting corporate organisations to carry out their legitimate businesses, ” he added.


According to him,  the processes of tendering and selection of contractors that will carry out the rehabilitation of the refinery is in progress.


He assured that the rehabilitation and upgrade at the Port Harcourt Refinery would be concluded in the first quarter of 2023.

He Was A Good Man, A True Son of Ekiti -Sen Babafemi Ojudu