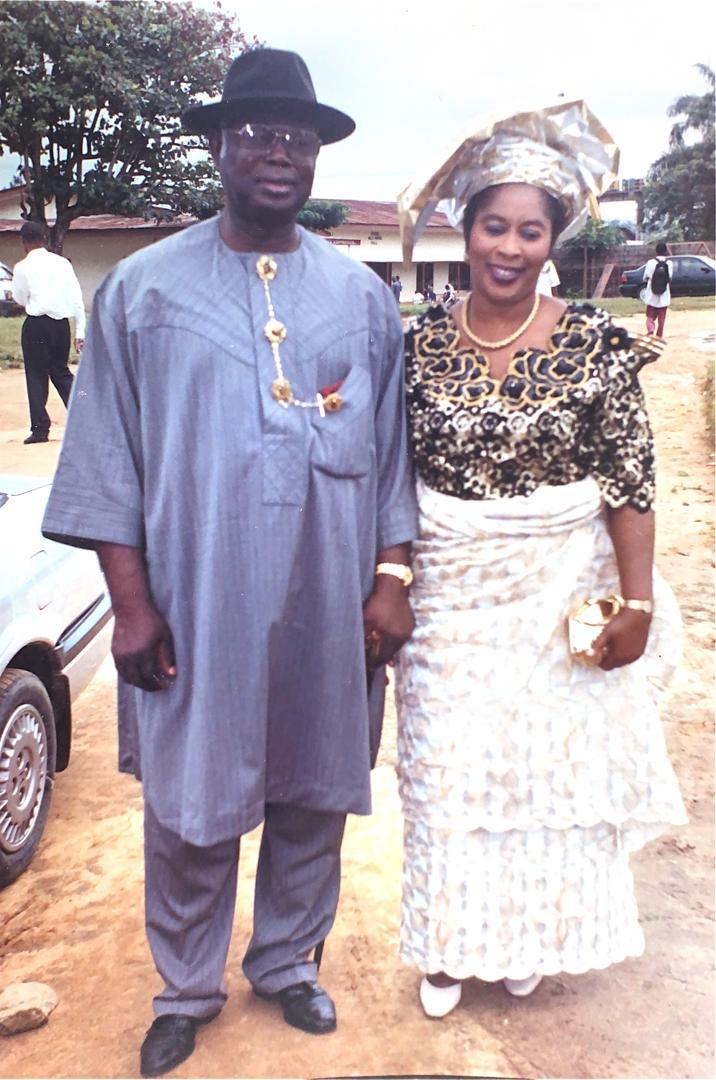 The birth of Onimim Chima Lulu-Briggs must have been heralded with much ovation as he was adopted by High Chief Olu Benson Lulu-Briggs in 1993 may not have been by ordinary providence of faith alone but by divine nature and love of children which the late multi Dollars Billionaire adored so much with his heart of gold and meekness. But how a twist of fate had it that in the last WILL of late High Chief O.B Lulu-Briggs as he was fondly called by his admirers and business associates, Onimim Chima Lulu-Briggs was not bequeathed with any atom of inheritance neither was he recognized in the WILL of the deceased Multi-Dollar Billionaire as read in the instance of Dr. (Mrs.) Seinye Lulu-Briggs.

Before his death on 27th of December 2018, High Chief O.B Lulu-Briggs had the following chains of companies some of which included Moni Pulo Nigeria Limited which he established in 1992 with the following acquired Oil mining License -OML 114 that produces over 10, 000 barrels of crude per Day other OML includes Oil Operating License OPL 234, OPL 239 and OPL 231 all of are located from Akwa Ibom, Rivers, Bayelsa,  Abia, Ondo states of Nigeria.

He was the owner of Rachael Hotels Ltd, Rachael Holdings Ltd, Ludal Nig. Ltd, Krakrama Investment Ltd and Lubrik Construction Company, LCC, just to mention a few of his conglomerates. Forbes rated him in 2012 as being among 10 richest Nigerians with Five Hundred Million United States of America Dollars, $500m in cash and One point One Billion United States of America Dollars $1.1Billion worth of Assets. In the Burial Brochure titled “THE MAN THAT WILL NEVER DIE-HIGH CHIEF O.B LULU-BRIGGS OON, DCF, DSSRS” which were distributed at the funeral ceremony on 13th of March, 2021 pages 30 & 31 stated that “1993, Chief married Barr. Udeaku Obiora, the younger sister of his very close friend, Chief Ralph Obiora. Udeaku had a son, Chima, who was about the same age with Rachael, whom Chief adopted and named Onimim Lulu-Briggs. The union was dissolved in 2001. Udeaku was highly industrious and supported her husband in his business. They had no biological children. In 2002, at the age of 72, Chief married Mrs. Seinye Lulu-Briggs, nee Peterba Briggs. Seinye had two daughters Solate and Aima whom Chief loved very dearly and became a great foster father to them. In 2008, they adopted a son and named him Iyowuna. Chief and Seinye were married till Chief passed on December, 27, 2018”.

May I meet you?

My name is Chima Onimim Lulu-Briggs. But I went by a different name for a very long time-Chima Andre Shaldas.

What is the name of your mother?

My mother is Barrister Udeaku Obioha.

What is your relationship with late High Chief Olu Benson Lulu-Briggs?

The late High chief O.B Lulu-Briggs was my father.

Yes, I know her, she is the current wife to the late Chief O. B Lulu-Briggs.

Are you aware about your late father’s WILL being read by a lawyer said to have been brought in by Seinye Lulu-Briggs?

I am not aware.

Are you among the 7-children of late High Chief O.B Lulu-Briggs?

From my calculations I would say no, because Seinye Lulu-Briggs made sure I wasn’t included in the list.

How were you excluded?

Going by a recent post I saw on Facebook on her official page, she only mentioned Aima, Solate, Iyowuna, Dateim, Dumo, Senibo, Rachael and Sofiri

Tell us your story about how you have been treated so far, since the death of your late father?

I haven’t been in my father’s life for many years, so I seem to have been forgotten…or intentionally put aside by Seinye Lulu-Briggs. After my father’s divorce with my mother, I left some months after to be with her as a child of 9-years.

Do you have any evidence to show that you are legally a member of late High Chief O.B Lulu-Briggs family? Did he pay your school fees, did he sign any document taking the responsibility of a father?

Yes, I have legal documents proving to be part and parcel of the Lulu-Briggs family. He was my father…it’s a well known fact, but because of the sensitivity of the issue, I won’t divulge those documents for now.

Why are you now talking about your being excluded from what?

Well, I was at my late father’s burial and being that no one has heard from me, or even has a recent picture of me, I should think I have been forgotten and set aside. But in those years, I tried to keep in touch but was blocked.

Who blocked you from seeing your late father while he was alive?

I made several attempts to communicate with my father by visiting Port Harcourt when I was older. But he wasn’t living at 17 Igbodo Street Old GRA anymore. Being the personality that he was, you can’t just go up to him except you have been carried along by a familiar face.

What is your relationship with Chief Dumo Lulu-Briggs?

Chief Dumo Lulu-Briggs is my brother, I call him Bros. D for short.

Are you not being adequately remunerated by your late father’s companies and are you working or are you doing business?

No, I am not being remunerated by any company of his, and yes, I am working.

You meant not seeing your father at his Sombrero mansion Port Harcourt where he lived with his latest wife Seinye?

I didn’t know he lived there.

How old are you?

No, I am not married.

Give us a rundown of your academic background?

Well, let’s see…I started my schooling at Port Harcourt at Bereton Montessori Primary and Secondary School in the mid-1990s and I moved to another school in Abia state to round up my Primary education. Then, we moved to Lagos state where I did secondary part of my schooling at LBIHS , Dowen College and finally I finished at Air Force Secondary School. Then proceeded to Ghana for my Higher education.

Since you were not included in your father’s WILL read at Dr. Mrs. Seinye Lulu-Briggs instance, what have you done to seek redress and claim inheritance of his estates?

Well I won’t comment on this for now, but this matter would be looked into.

Did your mother inform you about any divorce settlement in 2001?

I heard of a divorce settlement, but was never given details…But I believe that’s between her and her former husband.

Your mother being a lawyer should help you out with details of her divorce settlements in 2001.

Yes, I believe so.

After the divorce with your mother, how did your late father treat you?

Well, I didn’t hear quite as much from him, only that he asked after my well-being from my mother. Being that there was slight bitterness between both of them. I am sure he would have loved to have seen me.

What do you want now and from who with the death of your father and you having been excluded from any inheritance in his already read WILL?

I want the world to know that I exist, and there was a boy once named Tamunonimim Chima Lulu-Briggs. Also, that WILL, from what I hear is being contested in court, so, I will carry out my own personal findings.

Do you speak your father’s native language?

/lo! How would I? Although I visited Abonnema many times when I was still young. But I would start picking up the language with proper tutoring.

Do you know that your late father High Chief O.B Lulu-Briggs was rated by FORBES as one of the richest men in Africa worth over USD$500m and USD$1.1Billion in assets? Being a son to such a wealthy man also makes a rich man by assumed inheritance…Why are you not a beneficiary of your late father’s wealth?

Well, I knew he was a rich man, but never really knew how much his net worth was…but as I said I am still looking into the beneficiary aspect.

Dr. (Mrs.) Seinye Lulu-Briggs is said to have accepted to release to 7-children of High Chief O.B Lulu-Briggs, 50 % of the equity shares of one of the flagship companies being Moni Pulo Nigeria Limited, why are you not among the 7-Children?

She has clearly stated her 7-children and my name has never been seen, but one thing I know is Seinye is in for a Shocker.

What other statements do you have to make regarding your exclusion from the inheritance of your late father’s estate?

Seinye Lulu-Briggs was the root cause why my life took a different path, but in all I am grateful it did, it made me become the man I am today.