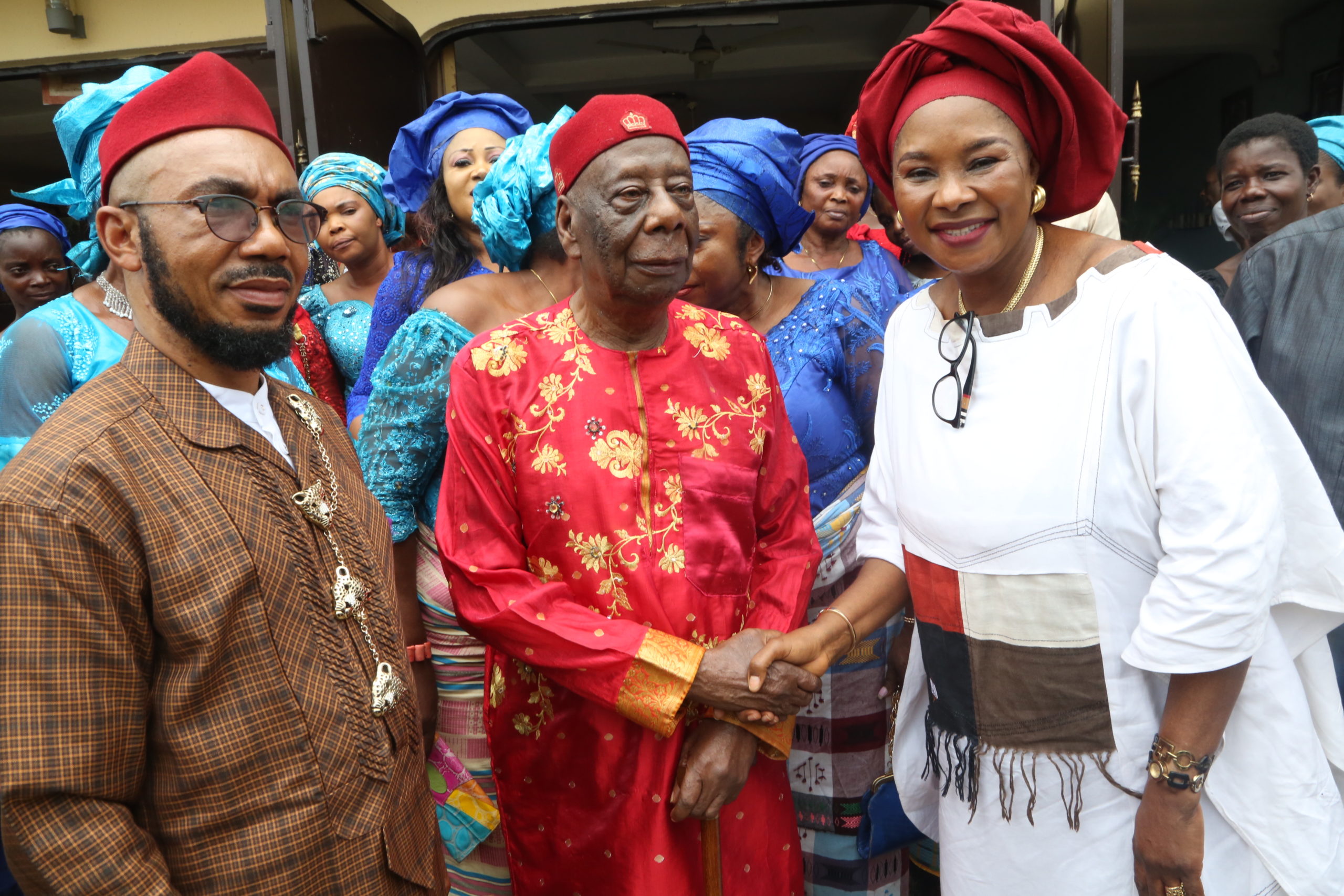 The Interim Management Committee, IMC, of the Niger Delta Development Commission, NDDC, has commiserated with the head of the Supreme Council of Ogoni Traditional Rulers, King Godwin Gininwa, over the loss of his son.

A member of the IMC, Evangelist Caroline Nagbo, spoke on behalf of the NDDC Acting Managing Director, Professor Kemebradikumo Pondei, during a condolence visit at the palace of the Gbene-Mene Tai in Tai Local Government Area of Rivers State.

Nagbo said: “I am here on behalf of President Muhammadu Buhari, the Minister of Niger Delta Affairs, Senator Godswill Akpabio and the NDDC Chief Executive Officer, Professor Pondei, to sympathize with our father, who lost his 49-year-old son.

“We are very sorry for what happened, but we recognize the fact that it is God who has control over life and that it’s only the Almighty that can comfort.”

Nagbo said that the NDDC management appreciated the fact that the monarch had been able to maintain peace and balance in Ogoniland, noting: “Ogoni is at peace today because of your non-partisanship and wisdom. We pray that the Almighty will continue to strengthen you to remain our worthy father.

“You have been very consistent and dignified in your approach to matters. Your integrity is well known in Rivers State and beyond. You are truly a father of Ogoni land because you have seen the pains and turmoil of the people. You have seen us through the days of sorrow and disturbances and you have been there to usher us into the period of peace as a leader.”

In his response, King Gininwa thanked President Buhari and Senator Akpabio for being good friends of Ogoni people and responding to their challenges.

He observed: “I have led a delegation of 50 credible Ogoni men and women to pay a courtesy call on the President in Abuja. We hope for more things from his office and we belief that he can still do good things for us in the remaining three years of his administration.

“I also thank Senator Akpabio, for recognizing our daughter. There is no difference between Akwa Ibom and Ogoni people, we are brothers and sisters. We appreciate what he has done for Ogoni people and assure him that we will not disappoint both him and Mr. President.”

King Gininwa acknowledged the contributions of women in all spheres of life, stating that he had enormous respect for them because of the important roles they play in the society.

According to the monarch, “women are good administrators as they are usually very careful and meticulous. I, therefore, expect something good from our daughter in NDDC.”

What a punch! Oba of Iwo explains why he beat up another monarch