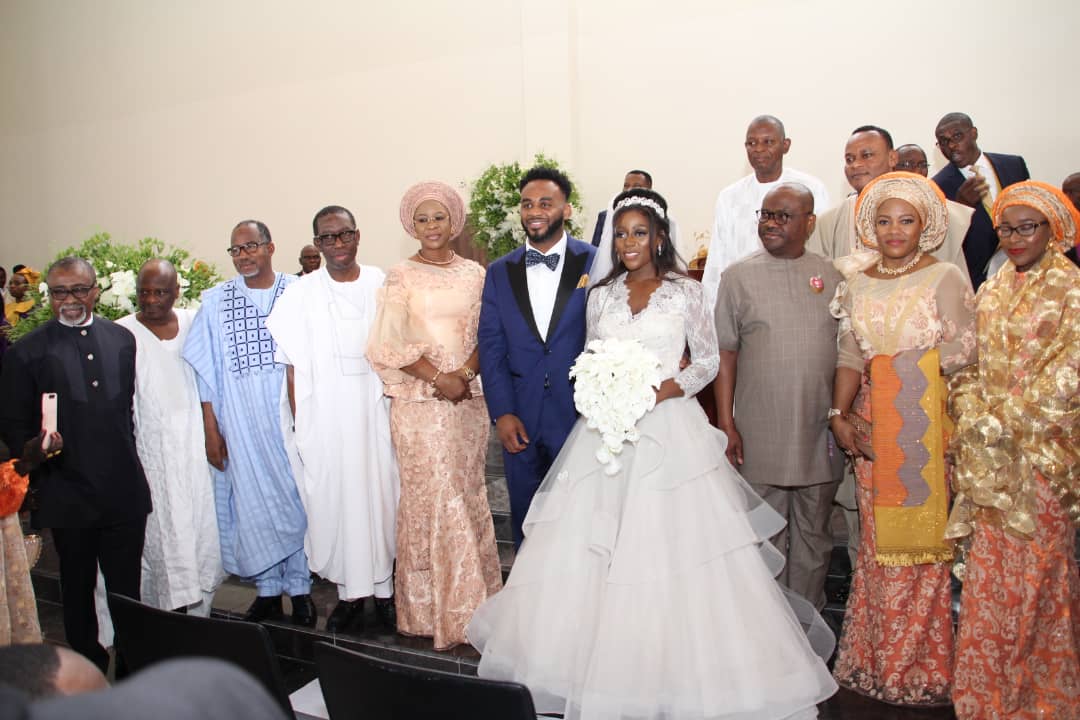 Nigerian political leaders from across the country on Saturday gathered at the Rivers State Ecumenical Christian Centre, Port Harcourt for the wedding of Sharon Secondus and Binundu Samuel.

Mr. and Mrs. Binundu Samuel were joined in Holy Matrimony by Pastor Pius Uchuno. This was preceded by the procession of PDP National Chairman, Prince Uche Secondus and his daughter, Sharon.

In a sermon, Pastor Tunde Ayeni, General Overseer of Graceville Christian Centre said that marriage is a covenant. He said only the application of marital covenant will lead to success.

He urged the couple to work diligently for the success of their marriage. While he advised the husband to work in humility, he called on the wife to respect her husband.

The Holy Matrimony was marked by glorious praise and worship songs. The choir also ministered in songs during the wedding ceremony.

The congregation committed the new couple to God in prayers.