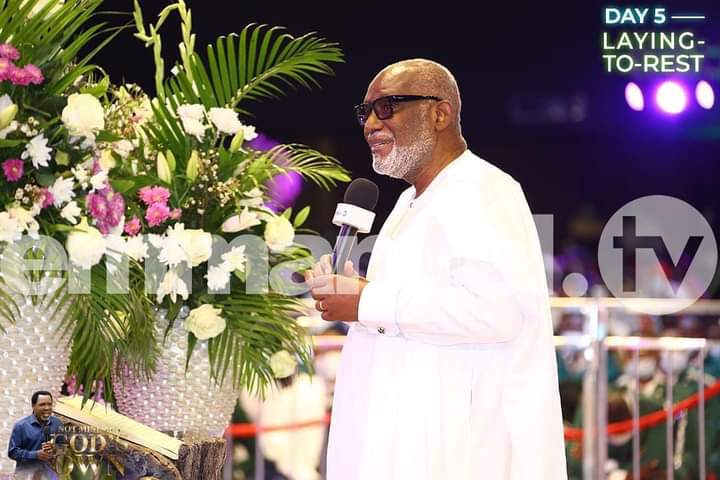 Governor of Ondo State, Arakunrin Rotimi Akeredolu said on Friday that not even the burial of late President of South Africa, Nelson Mandela witnessed as much heavy presence of members of the diplomatic community like that of TB Joshua.

Akeredelu said Joshua was a special breed and a gifted being.

The Governor while giving testimony Said Joshua within hours of his victory in Ondo State, drove down to Owo just to wish him well.

“Pastor TB Joshua when I won election within hours drove to Owo my hometown, and something went wrong with his vehicles in Akure.

“He said to me he had come to wish me well.”

The Governor said Joshua touched more lives than anyone could imagine saying that he had been a gifted person from childhood.