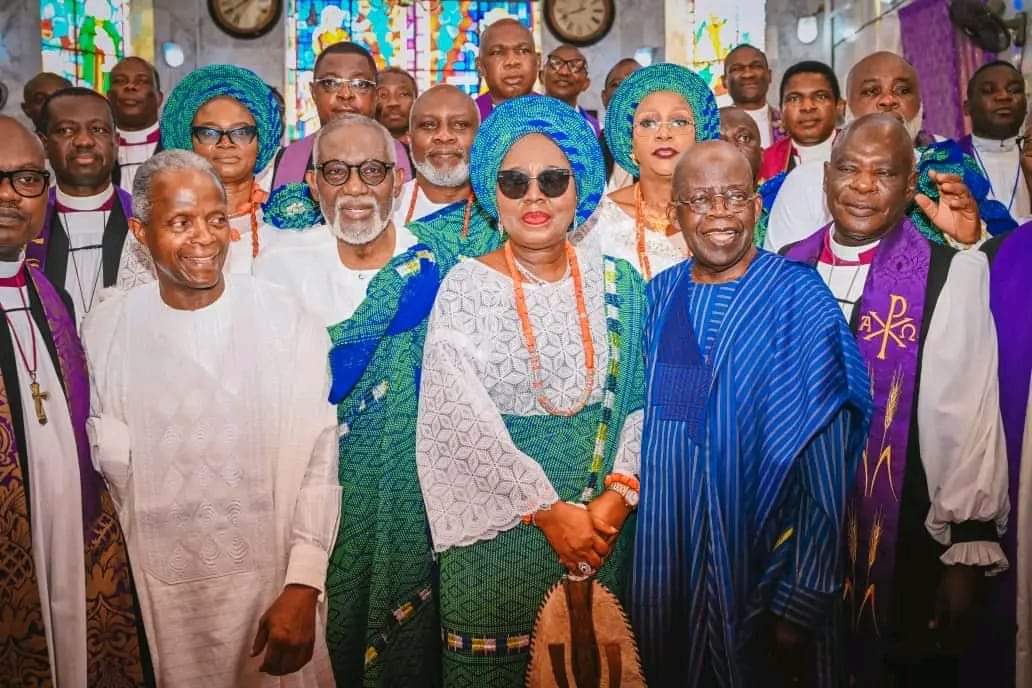 The Vice President, Professor Yemi Osinbajo, and the presidential candidate of the All Progressives Congress (APC) in the 2023 general elections, Asiwaju Bola Ahmed Tinubu, were among several other eminent personalities who joined the Ondo State Governor, Arakunrin Oluwarotimi Akeredolu, SAN, CON, and his siblings to bid their mother, Lady Evangelist Grace Bosede Akeredolu (JP), farewell.

In their separate tributes, Prof Yemi Osinbajo and Asiwaju Bola Tinubu described late Lady Evangelist Grace Akeredolu as a true Christian who lived a life worthy of emulation and celebration.

Osinbajo said the late Grace Akeredolu lived a good life of service to God and mankind.

He congratulated Governor Akeredolu and his siblings on behalf of the Federal Government of Nigeria and President Muhammadu Buhari for surviving their aged mother.

The Vice President advised the children to sustain the good legacy of their late mother.

On his part, the Presidential Candidate of the APC, Asiwaju Bola Ahmed Tinubu, who equally rejoiced with the children of the deceased for surviving their aged mother, prayed God to continue to be with them even after the demise of their mother.

Earlier in his sermon, the Bishop of Owo Anglican Diocese, Dr. Stephen Fagbemi, said God was merciful and gracious to late Lady Evangelist Grace Bosede Akeredolu throughout her lifetime.

While congratulating Governor Akeredolu and his siblings, the Bishop commended the children for taking good care of their mother until her death.

He said he was happy that the late mother lived a fulfilled life as a child of God, as an Evangelist and as a good mother.

Bishop Fagbemi noted that life is not equal and it brings different things to different people, adding that it is God who showed mercy on the late mother and made her die at the ripe age of 90 years.

The Bishop, who observed that nothing is as certain as death, admonished the congregation to be careful about how they live their lives so that they can be remembered for good when they die.

Speaking on the next year’s election, Bishop Fagbemi noted that Nigeria needs a leader that will ensure the security of lives and property of the citizens and as well eradicate poverty in the land.

The first child of the nonagenarian and Governor of Ondo State, Arakunrin Akeredolu, appreciated everyone at the event including Prof Yemi Osinbajo, Asiwaju Bola Ahmed Tinubu, South West Governors and other dignitaries for honouring them with their presence.