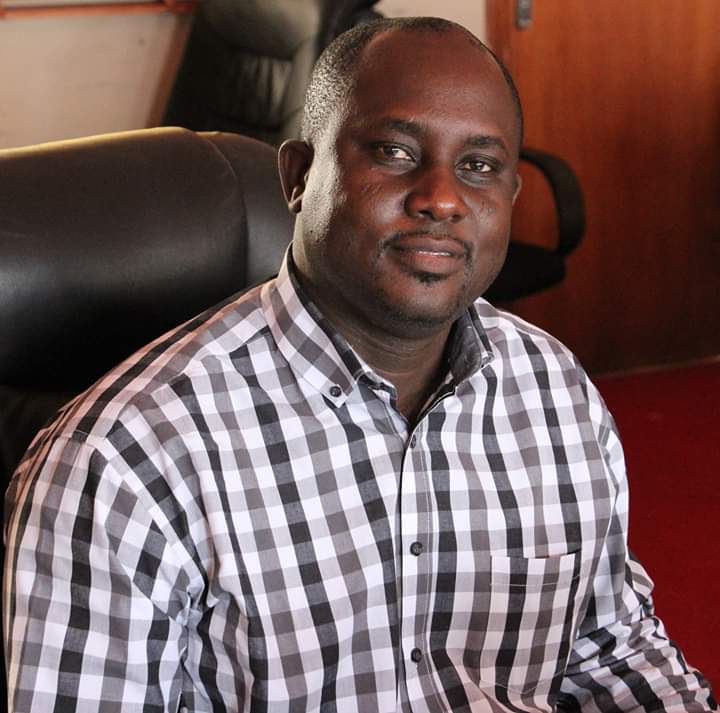 It’s been a year ago now that I read anybody refer to me as “ọ́ga miì!” Death ensured that Pius Adésanmí will never call me that again.

That ritual started nearly 20 years ago when I first emailed him in anger—he was then at Penn State University—after reading his, to my mind, brash, unfriendly, evaluation of Ngũgĩ wa Thion’g’o’s hard left politics of literary language. He looked up my work phone number (I was then at the University of Colorado, Boulder), called me up, and we ironed things out. He “confessed” his “sins,” was absolved, and as penance—that is what I told him it was—he sent me a signed copy of his book, The Wayfarer & Other Poems.

In 2014, when Professor AbdulRasheed Na’Allah, the founding Vice Chancellor of Kwara State University (Nigeria), asked me to direct the Abiola Irele Seminar in Criticism and Theory, he instantly approved my recommendation that Pius Adésanmí be hired and made the director in waiting. Three months to his taking over the seminar affairs, Boeing’s death trap served an awful infliction on us all in Addis Ababa on March 10, 2019.

Pius Adésanmí’s training in English and French, two of Africa’s most dominant Europhonic languages—the former beginning at his parents’ formidable library, the latter with his keen learning at the University of Ilorin (First Class Honors) and a stellar doctoral training in Comparative Literature at Canada’s University of British Columbia—rested squarely on his grounding in catholicized Yorùbá (some will argue it’s Yoruboid chatholicism). Whatever the case may be, to anyone who has read anything Adésanmí wrote, be it the most cursory comment on social media or the most arcane article in peer reviewed journals, unmistakable is the influence of home training and school training, Yorùbá ìjìnlẹ̀ and French savoir faire, Ìsánlú lilt and Parisian accent, none conflicting with the other.

Adésanmí’s intellectual record could be divided into three: (i) creative poetry; (ii) historicist African/comparatist; (iii) creative/critical new media. I will not speak to the last category, although that is the source of his wild popularity. And my not speaking on that aspect of Pius’s legacy should not be taken to be a sign of my estimation of the worth of that endeavor. Indeed, personally, that is the form in which I have gained unparalleled benefits from his extremely generous references to me. Here, Pius Adésanmí, master of the digital short form, was at home; always sardonic and acerbic, but never malicious. One day, better equipped scholars—say James James Yeku, or Paul Onanuga, or Shola Adenekan—will weigh in and enlighten us on Adésanmí’s contribution to the growth and development of the short, digital, form in early 21st century African commentary making. I am not speaking about the poetry because that deserves a dedicated, rigorous, study on its own. (Nduka Otiono and Uchechukkwu Umezurike have started that process with Wreaths for a Wayfarer: An Anthology in Honour of Pius Adesanmi.)

I should therefore like to comment briefly on the third aspect of Adésanmí’s record; the historicist-Africanist, comparatist. Adésanmí’s historicism is not the granular, trend detecting, epoch synthesizing, archive based, canonical study, for which some of his friends (Moses Ochonu) are eminently famous. Not at all. Pius was not that kind of historian. His historicism concerns efforts to place critical tendencies, particularly axioms of discovery about Africa, in the simultaneous “entanglements” of time, space, race, and gender of the circumstances of the end products. Adésanmí always said “Yes” to modernity and modernization. He always said “Yes” to “African” initiatives. Let me elaborate a little. Received, Eurocentric, wisdom almost always finds a reason to quibble about the admissibility of “Africa” as a category of thought. Adésanmí argues repeatedly in academic article after academic article that many strategies deployed for the exclusion of Africa—“language of discourse,” “orality,” “tradition,” scientism, “race-essentialism,” geography-essentialism, provincialism, parochialism, unexamined androcentrism, essentialism—are all variants of the determination to deny the obvious. The one constantly refined strategy that Adésanmí deployed was to insist that the Africa which the knowledge-discourse bouncers reference is the Africa of those who imperialized, colonized, and enslaved African peoples. The Africa of Africans does not and, it seems, cannot exist for the bouncers. He kept that argument alive up till his last academic writing, among which stands out his response (“From Post-Global to Post-Truth: African Literature beyond Commonsense”) to Ato Quayson’s invited comments on the lead piece “Africa, Post-Global: A Reaffirmation” written by none other than the late Tejumola Olaniyan (1959-2019), another “oga mi”, in Cambridge Journal of Postcolonial Literary Inquiry, Vol. 4, No. 2, 2017.

To Adésanmí, the Africa of negritude, of migritude, of gender activists, of nationalists, of nativists, is not the Africa created by Enlightenment, by Christianity, by Islam, by racists. The Africa that shone critical light in Europe’s eyes is not the one that Europe created. The African eyes that looked back is not the eye that Africa’s masters and creators made. Unfortunately, that tradition of self-invention, Adésanmí told all that cared to listen, has been totally misrecognized. To keep teaching, as many of us do, that the Africa of Nkrumah is of the same sort as the Africa of Frederick Lugard, or of IMF, or of the World Bank, in my reading of Adésanmí, amounts to a lack of historical understanding, of the long durée. For crying out loud, Samuel Ajayi Crowther’s Anglicanism did not coincide with Canterbury’s. Mohammed Taha’s Sufi piety did not agree with Mecca’s Wahhabism. Thus, Adésanmí pleaded, “The Africa we relinquished as a viable conceptual category because of the post-global needs to be returned to and reengaged as an emergency field common sense.” By taking him, death did an unspeakably ugly thing to Adésanmí’s Africa. And that is what I lament here.

May the spirit of Pius Adébọ́lá Adésanmí gain clement winds. May the path he treads henceforth be pleasant. May his family, especially his mother, spouse, and daughters, be comforted by our testimonies of Pius’s goodness.