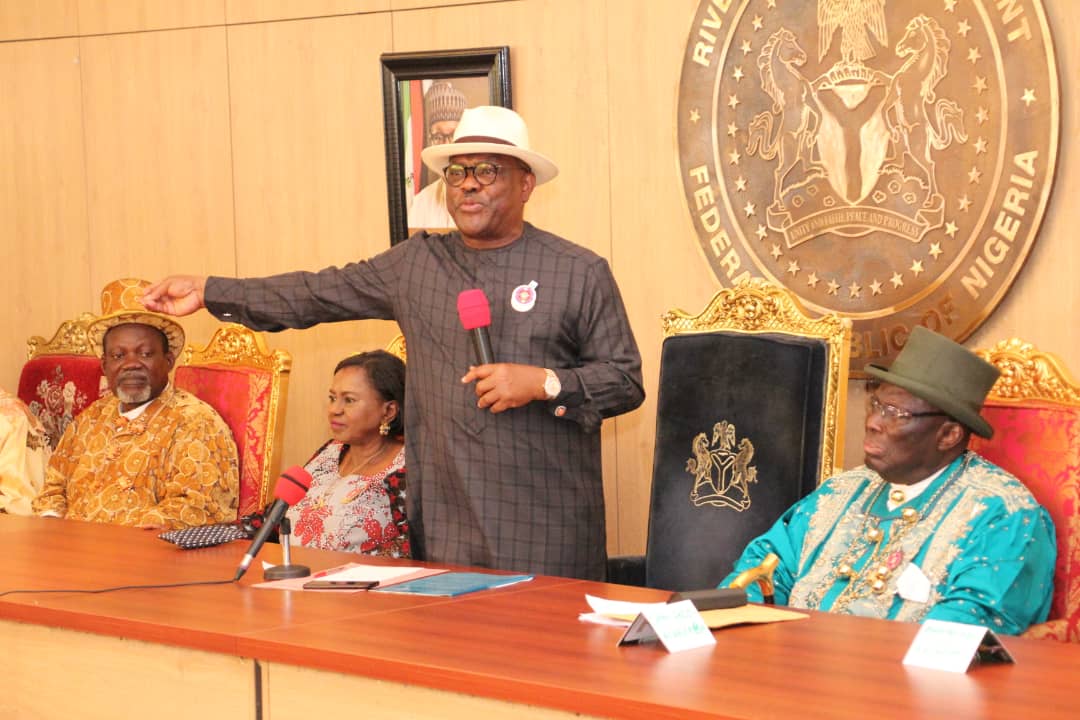 Following the protracted family crisis that has delayed the burial of Prominent Kalabari Son and Philanthropist, High Chief O.B Lulu Briggs for close to one year, the Rivers State Government has offered to bury the late Rivers son.

Addressing leaders and People of Kalabari Ethnic Nationality on Wednesday at the Government House Port Harcourt, Governor Wike said that the Rivers State Government is interested in according the late Philanthropist the respect he deserves.

He said: “I even told them to let the Rivers State Government be responsible for the burial.

“Let the State Government take the corpse.  Government will hold the corpse and give him a befitting burial.  All I want is peace.”

He berated the people who have allowed monetary consideration to influence their direction on the Chief OB Lulu Briggs issue.

“How can such a man not be buried for one year. Not that they are looking for money to bury the man”, he said.

Governor Wike called on the Kalabari leaders to set aside their differences and intervene to ensure that Chief O. B. Lulu Briggs is buried.

He said: “How can a prominent son of Kalabari Land stay in the mortuary for one year and we are all here. Nobody can speak the truth.

“I have intervened more than three to four times. Having meetings, but was disappointed by the wife. I have to say clearly to all of you, I have never received insult like that in my life.”

He stated that he told Chief Dumo Lulu Briggs and the widow of the late Philanthropist to allow the love they have for Chief O.B Lulu Briggs influence them into allowing him to be buried.

He said the feuding parties should allow High Chief O.B Lulu Briggs to be buried, after the burial they can continue the struggle for his property.

“Let the man be buried. Anyone who is dragging property can go and drag for the property. How can such a man not be buried for one year?” he said.

Governor Wike appealed to the Amanyanabo of Abonnema, King Disrael Bob-Manuel and other leaders of the area to directly intervene to resolve the matter.