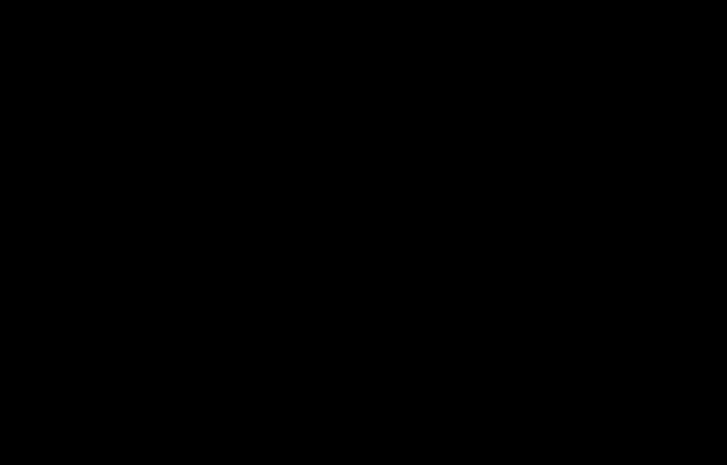 … His track and unbeatable records in Lagos IGR

+How he impacted greatly in Nigeria’s revenue generation

There is a saying that goes that “There is no hiding place for a golden fish in the ocean”; perhaps this goes to define the personality of Dr. Babatunde Fowler, the Executive Chairman of Federal Inland Revenue Service (FIRS). There is no doubting the fact that the Lagos-born financial technocrat and economy expert that impacted greatly and immensely in the growth of FIRS since he came on board as the head honcho. As the man in charge of the Lagos State Internal Revenue Service (LIRS). As a matter of fact, his tenure as the man in charge of the internally generated revenue (IGR) of Lagos State brought colour, class and panache which remains indelible and ineradicable in the history of the state’s financial generation for smooth running of government. Nevertheless, Dr. Babatunde Fowler left a very massive vacuum yet to be filled by any of his successors. His antecedents and achievements in Lagos State endeared him into the hearts of many close watchers of the financial and investment sectors of the entire federation, most especially when it comes to tax payment and effectiveness in Nigeria.

Dr. Fowler device several tactical and clinical approaches aimed at persuading businessmen, investors and citizens of Lagos State into realizing the importance of tax payment and how far it goes in attracting vast development and bringing dividends of democracy in all ramifications. Babatunde Fowler, a man of brilliant disposition and a very creative, unique and loyal personality increased the revenue generation of Lagos State to the appreciation of his bosses. He came on board on the 24th of November, 2005 under the regime of Asiwaju Bola Ahmed Tinubu, former Lagos State governor and now the National Leader of the ruling All Progressives Congress (APC). The subsequent government of Babatunde Raji Fashola also realized vividly the very important need of keeping Dr. Babatunde Fowler in his cabinet and this is why he also preferred him working with him during his administration.

The magic wand and Midas touch of Fowler was seriously been felt across the country when Nigerians realized that when he was atop the LIRS, Lagos State was generating huge internal revenue to sustain her citizenry and stood shoulder to shoulder with some African countries in terms of IGR generation. Fowler, known for his astuteness and shrewdness when it comes to money matters, was thereafter called upon by the government of President Muhammadu Buhari to salvage the downtrodden situation of the country’s internally generated revenues. He appointed Dr. Babatunde Fowler the Executive Chairman of Federal Internal Revenue Service (FIRS). Catapulting Dr. Fowler to Abuja as the man in charge of the nation’s revenue generation emerged as one of the best decisions of President Buhari because since he became the topnotch of the service, it has been from one growth to the other. Fowler, has been able to prove his mettle and also prove critics wrong by improving immensely, the IGR of the country from the region of billions to trillions. Just as he was known for, Dr. Fowler brought in idealistic steps to get taxes from business entities and corporate organisations that are making enormous financial gains from doing their businesses in Nigeria. He also brought other ideas at encouraging the masses to pay tax, registering in them the need to do so.

Dr. Babatunde Fowler’s tax policies has, in the past boosted the country’s economy and in the present, still adding juice to Nigeria’s financial generations. He has often times being noted as one of the world’s most successful revenue generators based on his sterling performances and astute roles at FIRS. He is a man of strict and adequate financial and monetary policies who, despite all odds holds to the doctrine of transparency and accountability cum prudence. Today, the internally generated revenue of the country is outside the much talked about oil industry, Nigeria’s IGR is has now been diverted to other lucrative industries with the aim of letting Nigerians and expatriates businessmen alike to know that without oil, the country would survive conveniently and without relying on other nations of the world.

Dr. Babatunde Fowler, a happily married man and a very loving and caring father has won several local and international awards in recognition of his huge and immense contributions of the state of Nigeria’s financial health and the motives of achieving a beneficial internally generated Revenue (IGR) with his position as the Executive Chairman of the Federal Inland Revenue Service.

ABOUT THE MAN BABATUNDE FOWLER

This astute financial and economic guru was born on August 12, 1956 into the family of Professor and Chief Mrs. V.V. Fowler, a prominent Lagos clan, Dr. Babatunde attended the prestigious Igbobi College in Lagos before proceeding to the University of Winsconsin-Whitewater at the United States where he obtained a B.Sc in Science in Economics in 1978 before obtaining another from the California State University, Los Angeles. He then proceeded to bag a Master’s Degree in Business Administration degree program at the California State University, Dominquez Hills in 1991. Dr. Babatunde Fowler began his working career as a marketing Intern with Avon Products Incorporated in New York, the United States of America. Fowler worked directly under the Vice President in charge of Africa. Having completed his formal education he was employed by Johnson and Johnson in New Jersey USA, under the MBA International Development Program lasting one year, thereafter he was transferred to join Johnson and Johnson Nigeria between September 1982 and September 1983.  He made a career change from International Finance and Marketing to Banking in January 1984. In the banking industry he had the opportunity to work and also head broad and varied areas of banking operations and business development in 2 major commercial banks over the next 20 years.  He joined Commercial Bank (Credit Lyonnais Nigeria Limited) in January 1984, where he was exposed to all aspects of International Banking, Risk Management, and Clearing Operations. Positive reforms were introduced by him as the treasurer of the bank and was a foundation member and trustee of the now Money Market Association of Nigeria. His banking experience at Commercial Bank (Credit Lyonnais Nigeria Limited) came to conclusion with his last appointment as the Apapa Branch Manager, the first branch of the bank outside the head office.

He left Commercial Bank in March 1990 to join Chartered Bank in April 1990 as a Senior Manager where he spent the last 14 years in the banking industry. His initial posting was as Head of Branch Network during which he successfully grew the bank’s branches from 2 to 11 branches spread over the country within the first 5 years. He was also in charge of revenue collections for both State and Federal agencies, which he grew, placing the bank amongst the top 3 banks in all collections. He was able to prove himself as a seasoned banker and administrator until he left the organization as a General Manager in March 2004.  Dated 10 August 2017, UN Secretary-General, Antonio Guteress, announced the appointment of a 25 members in the United Nations Economic and Social Council notification.  Mr. Tunde Fowler, was elected as 1st Vice Chairman of United Nations Committee of Experts on International Cooperation in Tax Matters.  The 25 tax experts were headhunted across the globe to sit on the Committee and proffer solutions to issues on international taxation and cooperation. Upon leaving the banking industry in 2004, Fowler joined the Lagos State Government and was appointed permanent secretary/executive chairman of the Lagos State board of internal revenue on November 24, 2005, thereby upgrading the office of the executive chairman to the highest level in the civil service.

The Board of internal revenue became autonomous and self-accounting with the passage into law in January 2006 of the Lagos State Revenue Administration Law (The first Revenue Board to become autonomous in Nigeria) and Fowler was appointed as the first CEO of the Lagos State Internal Revenue Service and executive chairman of the Lagos State Board of Internal Revenue. With this re-engineering, the new Lagos State Board of Internal Revenue has achieved the following within 8 years between 2006 and 2013: A sharp increase in Internally Generated Revenue (IGR) from an average of N 3.6 Billion per month in January 2006 to an average of over N20.5 Billion per month in 2014, improved quality of service delivery to taxpayers, improvement in the use of IT and other modern methods of tax administration, an enlightenment campaign on tax administration and education in Africa. These reforms have made Lagos State the only state in the Federal Republic of Nigeria that is financially independent of the monthly financial allocation of revenue from the federation account and also the only state that generates internally more revenue than the monthly allocation from the federation account. The state is operational to scale its operations to the exploding population presently put at over 20 million.  Fowler has remained a vocal voice against Nigeria’s over-dependence on oil revenue. The position was reiterated by him at an international conference where he warned the Federal Government of Nigeria that the “drastic drop in revenue had a negative impact on the balance in the federation account and by extension the amount accruing to the three tiers of government (in Nigeria) during the year 2009”.In stimulating interest and raising awareness on tax education at an early stage in life, Fowler introduced a competition for pupils which is funded by his board in which winners are given cash awards and scholarships.