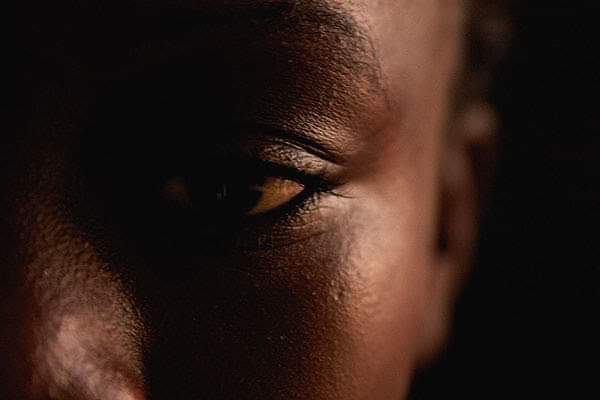 Since Tiwa Savage’s sex video hit the internet with a bang last October, other videos of the same hue and colouration have surfaced online.

But this time what is currently trending has surpassed the salacious ones Nigerians had been fed with in the past. Nigerian ladies are now being paid huge amount of money to have sex with dogs in places such as Lekki, Banana Island and in far-away Dubai.

One of such videos shows an unidentified chocolate lady bend down doggy style, remove her panties, while a huge German shepherd, salivating, walks up to her and start hitting her from the back ferociously amidst moans. The lady was indeed beaten “pants” down at Lekki, in Lagos for 1.5 million naira.

Shocking? Sure. However, since the sex video came online it has set the internet on fire, with many wondering why a dog owner would pay a lady to have sex with his dog or why a lady would agree to have sex with a dog for money, no matter the amount.
Still, the truth is, many Nigerian do that because of filthy lucre. And the actors have been rewarded with not just with fabulous wealth but with their own comeuppance as well, as one of the ladies has been quoted as telling a friend Whuraola that after sleeping with 13 dogs she got an apartment and bought a Lexus jeep with the money she got from the act.

But at the moment she is suicidal and battling with chronic, incurable diseases, as she has spent her fortune to treat herself to no avail.

“Before I know the guy say he go pay one million. Whura money I never see for my life. I come say Okay but I dey fear. Last Last the dog fuck me two times”, the lady said in pidgin English

“He come introduce me to his friends. I fuck 13 dogs for January sha nah then I change my apartment come buy that my lexus early March. I stitch my pussy. It keeps tearing. Later It started smelling and guy wey carry me like this go they complain.

“Whuraola, I sell my car last month the thing no stop. I call all this guys they dem swear for me. Now am in my village. Traditionalists say no remedy say nah so I go dey smell, from one disease to another. Life don tire me I drink poison I no die all the money wey I make I spend am on top sickness. If God can save meeeeeee I promise to be a better person o,” she lamented.

Another story that is trending, which also reeks of anguish and ordure, is what a lady who has chosen to remain anonymous, narrated about her friend. According to her it was the thirst and hunger to live the luxurious lifestyle of her friend that seduced her to embark on a trip to Dubai, where her wealth multiplied by four.
That friend of hers, she noted in her story is 22 years of age but cruises around in a 2011 CL550 and as well as having a property in Condo in Newport Beach. She added that she admired those stuff and wanted her friend to put her through of which she promised to.

“Fast-forward to the Christmas festive period where she informed me she would be in need of 3 girls for the weekend at St. Bartz for a weekend which ultimately had to be a prostitution duty. She added that she had her STD TEST which returns negative and in no time at all she was already on her way to Dubai having been transferred the sum of $8000,” she narrated.

On arriving in Dubai, her friend was lodged in an hotel for two nights and paid another $10,000 with a promise to settle the remaining $30,000 after she might have been through with her task.

Later that night, they embarked on a yatch, herself, the friend in question and another girl, making three of them in number alongside nine other Arabian men. And they all drank wine with excitement.

“An hour later, we were instructed by a servant present on the yatch to move into our separate rooms and lie on the bed naked. After which three of the Arabian men walked into my room of which I presume they did with the other girls to have a taste of me.

“ After messing with them with cms all over her face, she thought it was all going to end there only for the three guys to escort her to the shower to start peeing on her. “The following day happens to be a worse experience as the servants brought to our notice of today being the most important night. This time around they didn’t just cm on my face as they did in previous times, rather this time around they were defecating on her all over her body including her mouth forcing her to throw up.”

Unfortunately for her, after such an horrible adventure as she was about to depart the city she was informed that she won’t be paid the $30,000 due to her as she didn’t comply with the directives she had been given.

Still, she was delighted she got $10,000 from the adventure and vowed never to get herself engaged in it again. “This business is not for me, Nik. Thanks for getting it in my head that it is ok to be a Porta Potty because it’s not. I don’t know how these girls do it over and over. Not worth the money or self-respect”. She voiced out in anger.

It would be recalled that 2018, a Nigerian lady confessed in a post that went viral that she was sexually attracted to animals specifically dogs, adding whenever she saw a dog she was always wet.

According to her, she lost her parents and in order to survive she sought the help of three ladies who then offered a job. The job was to sleep with a dog for the mouth-watering sum of three million naira and she agreed.

The lady went on to describe the sex which took place at Victoria Island, in Lagos with foreigners in charge, as explosive and ever since, she has been lusting after dogs; noting that she has had sex with four men but none of them satisfied her like the dog.