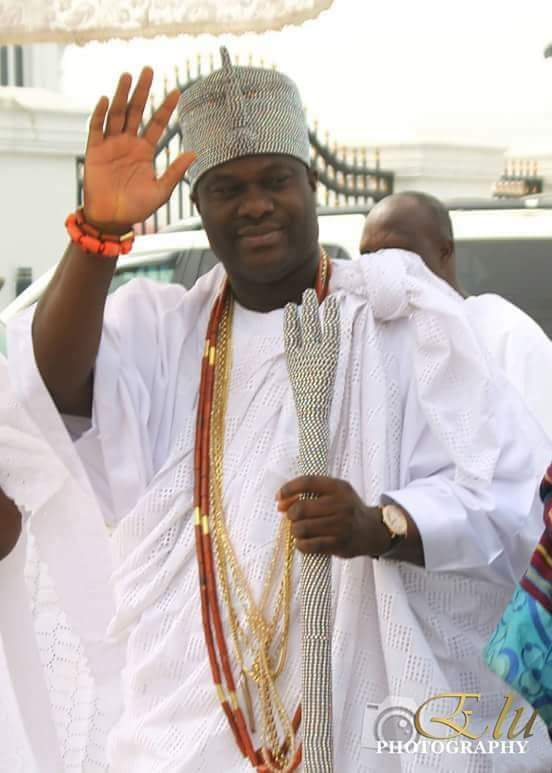 Many ardent followers of the relationship between the Ooni of Ife, His Imperial Majesty Adeyeye Enitan Ogunwusi and the founder/Chancellor of Oodua University, Ipetumodu Osun State, High Chief Rasaq Adedoyin may not be vividly in the know about their very frosty relationship which is getting secretly messier by the day. Well, towncrier.com would like to serve you hot that prior to.the death of late Ooni Okunade Sijuwade, he had given his words to Adedoyin, the Maye and Balogun of Ife that he should hold for him while away in London, the UK. A palace source informed our correspondence that this task may have sank down the mind of Chief Adedoyin who waited until the demise of Ooni Sijuwade before throwing his hat into the ring for the stool of Oduduwa in 2014. Disppointedjy, Adedoyin was told as a matter of fact that he hails from a maternal root, hence his illegibility to vie for the throne of Ooni. This did not go down well with the astute businessman known as the biggest investor and largest employer of labour in Ile-Ife. We also gathered that ever since Ooni Adeyeye mounted the stool, Adedoyin dissociated himself from anything that has to do with Ife, most especially the vastly celebrated and recently concluded Olojo Festival which he has not attended for years even though he remains a very high chief in the town.

Additionally, tatafos also hinted that the Ooni was, at a time not pleased with the dual churftaincy titles bestowed on Adedoyin both of which signifies very prominent calibers. Adedoyin is alleged to be displaying the special plate numbers of both MAYE OF THE SOURCE and BALOGUN OF IFE on his numerous flashy cars.which he cruises on painting the town red. But many are of the view that Chief Adedoyin should have forgotten the whole issues and allow peace to reign between him and Ooni for further economic and industrial growth of Ife and its environs.

The Maye’s very regular face in the Enuwa palace is now so, so scarce inthere.

My Angel is 60 -By Rauf Aregbesola