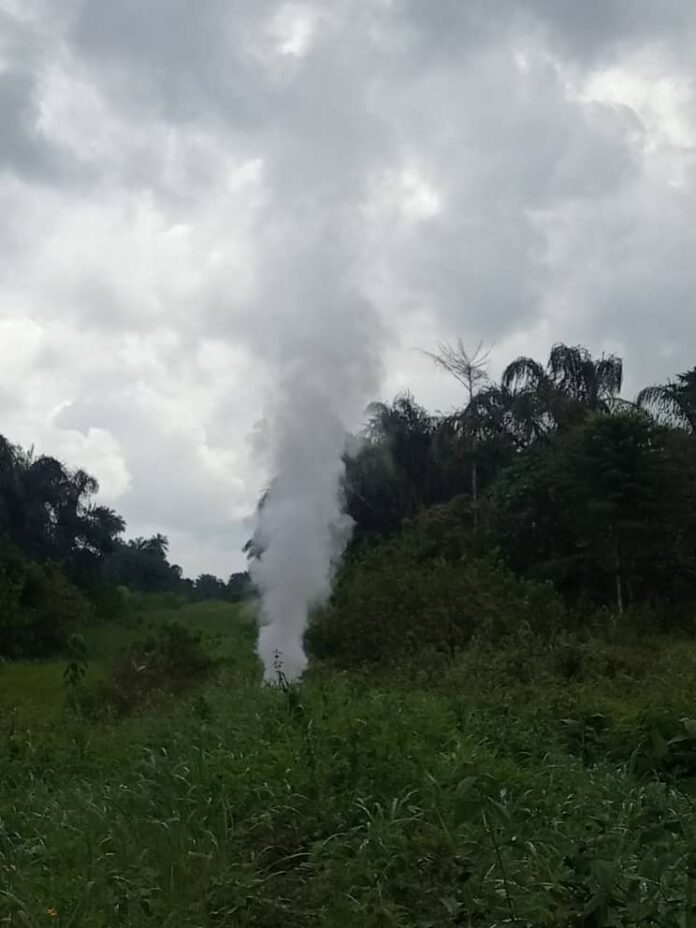 *AGIP, NLNG, yet to react

An explosion carried out by suspected vandals on Nigeria’s gas pipeline has effected the export feed to the Nigeria Liquified Natural Gas (NLNG) is said to have cut by 5 million Standard Cubic Metres per day (MMSCM/d).

Residents said the explosion that happened at about 11.38 am Tuesday on the 24” Ogboinbiri/OB-OB at Azikoro community in Yenagoa Local Government Area of Bayelsa state.

It was learnt that AGIP, the owners of the facility was promptly notified of the incident.

Eyewitnesses in Neighbouring host community to the site said they heard the sound of explosions on Tuesday morning. And a visit to the site, they saw small batteries and wires suspected to be used by the suspected vandals to detonate Improvised Explosive Device, IED.

According to reports, the gas pipeline operated by Nigerian Agip Oil Company (NAOC) had previously been vandalised thrice in April 2022.

According to reports, Mr Idris Musa, Director-General/CEO, National Oil Spills Detection and Response Agency (NOSDRA) who confirmed the pipeline blast on Wednesday said the gas line which evacates an average of 5 MMSCM/d was reported to the agency in the early hours of Tuesday.

Security agencies and officials comprising the stakeholders from Azikoro community, the Commissioner of Mineral Resources, Bayelsa, and representatives of NOSDRA, visited the incident site today at 9.00 am.

He explained that an explosion was also reported to the agency by the Azikoro community.

“Due to high pressure, NAOC was directed by NOSDRA to depressurize the facility preparatory for a Joint Investigation Visit (JIV) which will follow immediately to ascertain the cause and extent of the incident.

“NAOC is already at the incident site, with the agency among other stakeholders working to contain the explosion and secure the incident site preparatory to JIV and other remedial measures,” Musa said.

He assured that NOSDRA would conduct the investigations in a transparent manner and pledged that its findings would be made public in due course.

At the time of filing this report, neither NLNG or NAOC officials have made official statement on the incident.