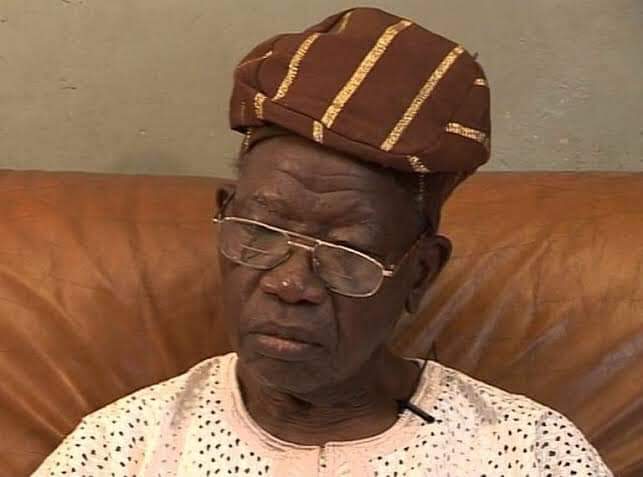 Jakande: Exit of the last Titan

Erin wo! The last of the Titans is gone. The glorious exit of the Second Republic governor of Lagos State, Alhaji Lateef Kayode Jakande, fills me with mixed feelings.

He was blessed by the almighty with long life and a good and fulfilling life in the service of humanity. He has now gone to rest. He finished well. This is a thing of great joy; and it is a great feat we all pray for and seek from God.

His departure however left a great void, an earthly separation that comes with grief and a helpless sense of the loss of a person of irreplaceable value.

He had established himself as a loyal disciple of Chief Obafemi Awolowo who was jailed with the sage for the farcical charge of treasonable felony, in what amounted to a transparent effort at the destruction of political opposition and the leadership of the then Action Group.

Then he became noted as Leader writer with the Nigerian Tribune, establishing his bona fide as democracy and civil liberty promoter as well as a terror to tyranny.

He won his 1979 governorship election in Lagos State in a landslide and earned himself the status of a primus inter pares, among his colleagues in the Second Republic.

Jakande was an administrative genius. All his policies were people centred – education, housing, community development and so on. He recorded huge human and infrastructural development and with a stroke of genius, was able to maintain an unusual balance between the duo. He also epitomised the four cardinal programmes of the Unity Party of Nigeria (UPN), the platform under which he contested. He brought a phenomenal turnaround in Lagos.

His legacies are unalterable. The housing development programme, with the houses still standing after four decades; the cost-effective schools are still in operation; Lagos State University; Lagos State Polytechnic; and other monuments that characterised his impactful administration.

He was not our regular politician. He was too consumed by the passion for the masses. He lived a spartan and abstemious life, avoiding extravagance. Even as governor, he lived in his own house and rode his personal car.

He was a thorough progressive, one of the five Titanic UPN governors that held sway in the Second Republic. The others were Prof Ambrose Alli of the then Bendel State, Chief Bisi Onabanjo of Ogun State, Chief Bola Ige of the Old Oyo State and Chief Michael Ajasin of the Old Ondo State. They all predeceased him and will now be hopefully reunited in the great beyond. His death has brought a final closure to that glorious era.

Since his exit from political participation, he lived a dignified quiet life as an elder statesman and private citizen. He will be sorely missed.

It is my prayer that Allah will comfort his family and the Lagos State Government on the demise of a great national icon, journalist par-excellence and extraordinary administrator.

May Allah forgive his misdeeds and grant him Aljannah Firdaus.

NIGERIA AND THE COW PROBLEM: ANOTHER LETTER TO PRESIDENT BUHARI