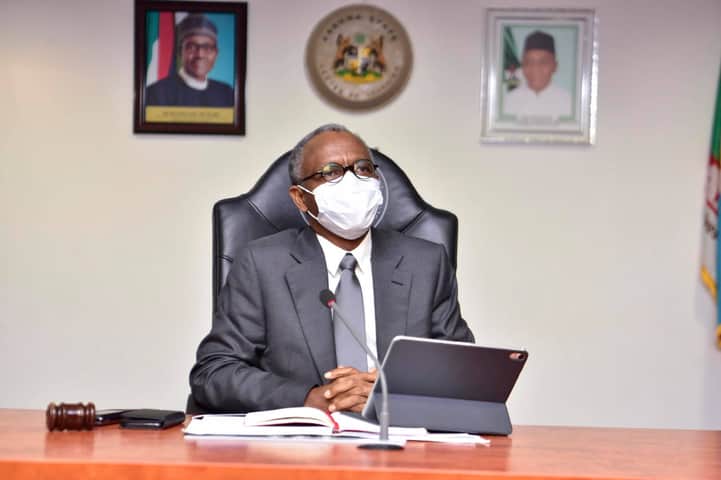 What is going on in Southern Kaduna part of Kaduna State is nothing short of systemic and systematic genocide. And make no mistake, this festival of death has an ethno-religious undertone. There is really no point trying to be politically correct about this. At least, if we can’t share the pictures of butchered kids, women and men – all massacred in their sleep – coming from that part of the country because we consider them too eyesoric for public consumption, we should not engage in unnecessary over-intellectualization of their death by playing down the fact that what is going on there is being fuelled by some ethno-religious land-grabbing agenda.

A betting man would bet that this genocide is state-sponsored. And as it happens, I am a betting man.

But why bet when the people behind these killings and their sponsors are not hiding their govt connection by killing and maiming their victims even in areas under curfew which security agents are meant to be enforcing???

As I type, parts of Southern Kaduna have been under curfew for sometime now with its attendant economic effects on the people, and we all know that curfew basically means restriction of movement and in this particular case, zero movement at night,

In spite of this curfew, people suspected to be armed militia herdsmen freely went to Gora Gan on Monday night after the killing of over 20 people in Kukum Daji and launched another attack which led to the killing of 10 people. ALL IN AREAS UNDER CURFEW!

And no, this is not the first time the security agencies enforcing curfew in Southern Kaduna turned a blind eye to allow suspected armed Fulani militia slaughter innocent people. In December 2016, soldiers were enforcing a curfew on Christmas eve – 24th night – and early morning of 25th when Herdsmen attacked people of Jema’a local govt area of Southern Kaduna, Kaduna State IN THE MIDDLE OF THE CURFEW, leaving scores dead.

And, this high level complicity is not limited to Southern Kaduna, it is a pattern everywhere in the country where suspected herdsmen are attacking indigenous communities. In October 2017, after a three day non-stop attack on Miango town located in Bassa local govt area of Plateau state, Soldiers from 3rd Armoured Division, one of the largest military barracks, located IN THE SAME LOCAL GOVT, went to the community and disarmed the victims of the hunting guns and matchets they’ve been using for self defence only for the herdsmen to return on another round of attack against the Miango people.. All of these happened WHILE THE TOWN WAS UNDER CURFEW.

Reacting to the attack, the then Plateau state police commissioner, Undie Adie said:

“There was a curfew but unfortunately, the attackers didn’t adhere to it”

How more brazenly blatant can these people be?

And what other evidence do we need to know that there is official complicity in the genocide going on in Southern Kaduna and other parts of the country??

And this is the same state where the state governor, mallam Nasir Elrufai told us how he traced the killer herdsmen to their country of origin and paid them huge sums of money.

Meanwhile, has anyone else noticed that each time the presidency wants to react to Southern Kaduna genocide, Garba Shehu always tries to create a devilish narrative that the genocide is “revenge killing” thereby subtly justifying it and blaming the dead? And some herdsmen media still describe these killings as “Farmers-Herders clash” even when most of their victims are kids, Reverend fathers, pastors and people who are no farmers. How can it be “clash” when only one side is conducting mass burial? But what does one expect from the ethno-religious fundamentalists at the presidency??

In the midst of all these, a special spot in the Hall of Shame is reserved for those Nigerian writers perpetually in bed with governor Elrufai. Year in year out, these morally bankrupt lots assemble in Kaduna state for one literary event or the other, where they eat Elrufai’s food and drink his wine after which they sing his praises while lining their pockets with his coins and gold and walking on the ground made wet by the blood of innocent Southern Kaduna people spilled under Elrufai’s watch, after which they all go home, having been made richer by brown envelope from the same man who sponsored the event. Apparently, those who say that writers are the conscience of the society certainly weren’t referring to Nigerian writers. Here, intestinal consideration comes first.

Is The President Aware This House Is Falling?