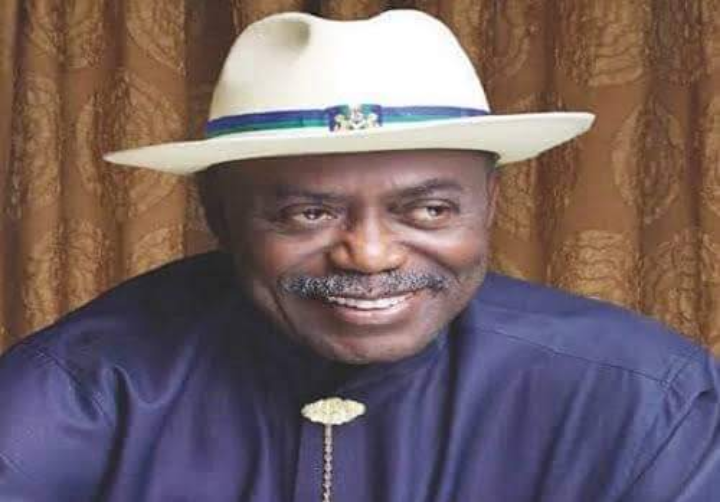 Mr Peter Odili is unarguably a living legend in Nigeria’s political firmament. He is easily the patron saint of the current government of Barr. Ezebunwo Nyesom Wike.

As governor of the oil-rich Rivers State from 1999-2007, Odili bestrode the nation’s political space like a colossus. He was crowned the golden governor of Nigeria in 2001.

As the first executive governor of the state in the wake of the excision of Bayelsa, Odili, no doubt, laid the foundation upon which his successors have since built upon. In his heyday as a political gladiator, Odili was sagacious. He exuded finesse. He was also accommodating and philanthropic.

Odili as governor was savvy, and a trailblazer among his contemporaries. He was and remains a pride of his party, the Peoples Democratic Party (PDP).

Odili was comfortably coasting home to clinching the PDP presidential ticket at the party’s convention in 2006 when tragedy struck. It was an impressive ambition that was regrettably put paid to by a band of conspirators. Not even the ‘almighty’ Julius Caesar did survive such a high-wired conspiracy. It would’ve been a wonder had Odili survived his; given the credentials of the conspirators.

Odili may have lost the presidency, yet his imprint and political relevance in Nigeria and, particularly, in his home state cannot be exaggerated. Not only has Odili carved an enviable niche for himself, he yet remains a force to be reckoned with in the Rivers political calculus.

Aside from aiding his former personal assistant, Mr Chibuike Rotimi Amaechi, to clinch the speakership of the 6th and 7th Assembly in the state, he was the fulcrum upon which the latter succeeded him as the fourth elected governor of the state. Again, Odili was the oracle the Jonathan presidency had to consult, extract his endorsement before Wike was anointed to succeed Amaechi as governor in 2015. Whichever one looks at it, these are no trivial feats by any political rating. Yet, Odili is troubled.

That Gov. Wike has seized every available opportunity to dote on the Odili’s is what it should be a show of gratitude. Though he has been somewhat showy, and on occasions played to the gallery. Wike’s outlandish genuflections in this regard may be troubling, but he needn’t be begrudged. After all, the Master once asked, “Were it not ten that I healed, and where are the other nine?” Wike simply recognizes the man who could’ve taken the wind out of his sail when his standing wasn’t sufficient.

But knowing the matrix of power play, it is yet to be settled that, unlike his predecessor, Wike will not turn his back on Odili should there be a reversal in the political tide. Whether Wike, with time, will turn his back on Odili is for the future to decide. The focus of this discussion is the immutable place of gratitude when a man is aided to ascend an exalted height such as the office of governor.

Paradoxically, unlike Wike, Odili and Amaechi have variously been accused of the sin of ingratitude the moment they climbed to Brick House. Yet it would appear that Odili set the pace when he bit the fingers that fed him; by refusing to accord the duo of Alabo Tonye Graham-Douglas and the late Dr Marshall Harry the pride of place they deserved in the making of his governorship.

Consequently, what would’ve been an excellent scorecard of a fantastic political career is sorely blotted. Odili is accused of turning the table against his benefactors, and by extension, the Kalabari ethnic nationality. The good doctor, they believe, owe the duo, and by extension, the Kalabari nation debt of gratitude. And the only extrication from debt is its repayment.

The disagreement between the king and the kingmakers, as it were, and the backlash therefrom has led many to believe that Odili ‘hates’ the Kalabari man. This strongly held view cannot be swept under the carpet. It is one political conviction rightly or wrongly held that is fast festering into a stigma that could haunt Odili and even those after him. As governor, it would appear Odili took on the Kalabari nation and succeeded. But as a man out of office, the Kalabari nation is capable of waging a consuming war against Dr Peter Odili. It is only but a matter of time and chance.

Is there anything Odili can do to reverse the trend? The answer is in the affirmative. For it is better late than never.

“Conscience is an open wound, only the truth can heal it”, so says Uthman Dan Fodio. Odili as a Catholic knight in his hour of sober reflection cannot, in all honesty, aver that he was completely fair to the Kalabari nation. This is so because an upland governor wouldn’t have seen the light of day, at least in 1999 had these gladiators from the Kalabari extraction felt otherwise at the time. In other words, for whatever it was, these Kalabari sons did rally around Odili, surmounting all odds-odds such as Odili’s status as a minority to make his gubernatorial ambition an actuality. They even fought one of their own to the ground in their resolve to make Odili governor. They arguably believed that power should rotate between the upland and the riverine. In all of this, the least Odili could’ve done in the circumstances was return a favour etched in the pursuit of equity and fair play. After all, one good turn, they say, deserves another.

Had Odili allowed power to return to the riverine after his tenure as an uplander, Rivers State will not be groping as it currently does for a political roadmap. Neither will the state be reduced to a plaything in the hands of two sons of Ikwerre extraction.

The upland and riverine dichotomy is a fact of history no governor has the power to wish away. It will always remain a constant reminder of who we are. It was the most plausible and forceful argument put forward to support Odili’s emergence as governor. So it was in bad faith that Odili as governor supplanted it. Sadly, the fallout of that action is a situation where the Ikwerre ethnic nationality seems poised to rule the state for sixteen unbroken years and more if nothing is done to halt the trend. It may be argued that this is not what Odili had envisaged, yet it is the result of broken faith. It is most likely that Odili would’ve done things differently given the benefit of hindsight in 2006. That much can be gleaned from his autobiography. Odili would’ve preferred being a covenant keeper to a penitent kingmaker. Again, if he schemed to see the upland retain power ‘forever’ he certainly didn’t foresee the current Ikwerre domination.

This brings us to 2023 and the repayment of an outstanding debt of gratitude which Dr Peter Odili owes the people of the riverine and the Kalabari ethnic nationality in particular. For as long as there is life, Odili, sure does have a date with 2023. He may not wield the power that was at his disposal in 2006, but as a power broker, it is incumbent on Odili to rise to the occasion.

Marshall Harry allegedly left this world knowing that there is no love lost between Odili and his people-the Kalabari nation. Regrettably, there are no way generations yet unborn will know for sure that Harry acted in good faith when he supported Odili’s guber ambition against his kinsman in 1999. Rather than erase that mistake of the head, which was not of the mind, Harry’s death continues to serve as a constant reminder of Odili’s betrayal of trust. There is no mistaking that Alabo Tonye Graham-Douglas sees, and will continue to see Odili as a betrayer; as one who cannot be trusted with a gentleman’s agreement. Yet the year 2023 presents Odili with another opportunity to debunk his supposed phobia for the Kalabari man.

There may be very little Odili can do to assuage the Kalabari nation come 2023, since the dynamics of 2023 may not be the same as that of 2007 and 2015. Yet as a chieftain of the PDP, the party in power in Rivers State, Odili can at least lend his voice to the emergence of a Kalabari governor come 2023. Need I say that Rotimi Amaechi’s current stance on a Kalabari governor speaks to the heart of the matter, even when Amaechi is the principal beneficiary of that fatal political error? But it would appear Amaechi’s conscience is equally troubled. Thus his present advocacy of a Kalabari governor in the APC to say the least makes it easy Odili’s job of standing up for the Kalabari nation in the PDP.

Supporting a Kalabari candidate to succeed is all there is to the repayment of a debt incurred in 1999. The circumstances may not be exact; still, there is a lesson to be learnt from the IBB and Abiola saga. There couldn’t have been better political restitution than IBB rooting for a Yoruba in 1999 to atone for what he mortally denied the Abiola in1993. A word is enough for the wise.