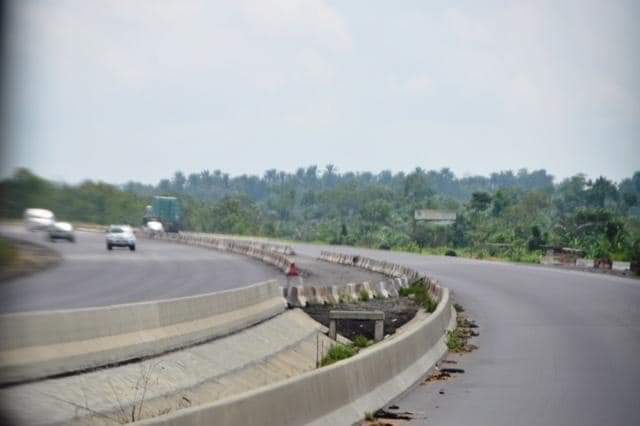 The Lagos Ibadan corridor is infested with bandits. The menace is growing. In the last week, three or more brazen attacks have occurred. Gunmen jumped out of the bush, attacked and abducted hapless citizens. Mothers and children were among those seized in daylight. That was how the Abuja-Kaduna cancer started. Like a joke. And before the federal government rose from slumber, our travelling soldiers had started avoiding the route. A tale of confounding impotence. The link between the nation’s political and military capital was seized by rogues. And heaven didn’t fall.

The Southwest state governments must be proactive. The demons on the Lagos – Ibadan road must be found and defanged. They had for too long mugged commuters on the long bridge. Breaking windows and robbing cowering passengers in traffic snarls was terrible enough. This metamorphosis into banditry/ terrorism must be cauterized. Once it’s allowed a foothold, Lagos will be vulnerable. That will be comprehensively catastrophic.

The police say they have beefed up their presence on that route. But the audacity of the kidnappers is challenging. The demons had the guts to repeat the attacks at nearly the exact location three times in a week. The infestation must be researched. So if the sore is malignant, we don’t approach it with conservative therapies. The menace must be characterized. The actors must be unmasked, and the potential for neoplastic transformation understood.

The Abuja-Kaduna story must not repeat itself. The police had said all sorts of things to reassure the public. After bandits seized that corridor, commuters fled. Everybody, including our Generals and politicians, opted to travel by rail. The trains seemed safe. But not for so long. After bandits tried their hands at kidnapping school children and collecting ransoms, they built capacity. Then they returned to the trains with bombs. The bandits blew up an Abuja Kaduna train and took hostages. The authorities now say that terrorists assisted the bandits. Whatever it was, the trains disappeared. Faced with no alternatives, commuters returned to the haunted road with trepidation. The police and army remembered they had a duty to reclaim and possess the road. The bushes have now been swept. The spate of kidnappings along that route has plummeted. That road is still unsafe. Govt officials and politicians prefer to fly over it. Those who drive use oversized security convoys. But a black market for mercenaries has arisen. Some security agencies now have squads for hire. Folks pay a fee and pick up an armed squad as a security escort. That’s Nigeria. The rule is opportunism. These men hurry so they can make 2-3 trips per day. Making hay while the sun of insecurity shines on the people. Those who can’t afford the fees for protection go to wait so they can tail a convoy when one passes.

Lagos- Ibadan must be disinfected urgently. Before the bandits collect enough ransoms to build capacity. And it’s not enough to fill the route with policemen. The rogues move over to Lagos-Benin road. The bandits must be uprooted and extinguished. That corridor must be made hygienic. Kidnapping must be made terribly expensive. That is the only effective deterrence. It is all too lucrative now. Lagos-Ibadan and Lagos -Benin are strategic corridors. If both roads are ligated by banditry— fall into the Abuja-Kaduna situation, a disastrous squeeze would be placed on the nation’s carotid artery.

Our police love checkpoints. While more unobtrusive police presence will be appreciated, flooding those roads with checkpoints won’t contain the crime. Community and forest patrols must start immediately. Of utmost importance is local intelligence gathering. We should involve the communities, and we must do that now. We ought to have learnt enough lessons. Some of those kidnapped have bought their freedom. That can’t go on.

If the payment of ransoms persists, we might endanger the schools in that area. That has been the pattern. Some of the nation’s best private schools are located in that jurisdiction. The convulsions happening in the northwest cannot be allowed in the southwest. Every bud of commercial banditry in the south must be excised.

While seeking to improve national unity and douse tensions, we must make banditry immediately prohibitive. There are recent cases of abductions of returning university students around the Opi-Nsukka road in Enugu state. There have been similar cases around Okigwe. These cases must be solved and analyzed. We mustn’t miss any connections between these nefarious groups. Perhaps the time has come for the federal government to set up a Homeland Agency. A new highly mobile muscular unit to tackle kidnapping, banditry and internal insurgencies. A new team founded on intelligence, technology and precision surgical interventions. This unit can be used to hold war-torn grounds liberated by the military. So that the police can focus on maintaining law and order while the military is honed and reserved to fight internal wars and contain external aggression.

We can’t even discuss tourism. Insecurity is drowning our agricultural effort. Banditry has worsened our economic plight. We have millions of passionate unemployed and capable youths, why should we be overrun by bandits?

An Open Letter To Dele Momodu, By Femi Fani-Kayode

Ghana is on Her Road to Venezuela