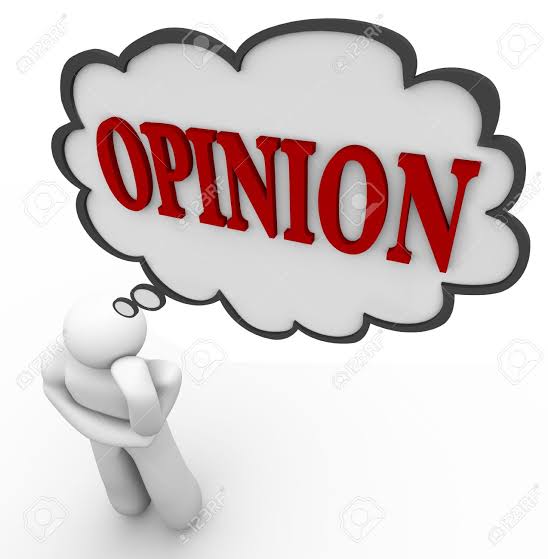 Dear Sam, I take a cue from your missive titled “Adams or Leave?” published in your usual column in the Nation Newspaper of 9 Monday 2020. Permit me to declare my interest here: I am a friend and an aide to Dr. John Kayode Fayemi, Governor of Ekiti State and Chairman of Nigeria Governor’s Forum. But I am not writing in that position now, otherwise, I would have sought his permission and input to the piece, which I didn’t. In other words, I take absolute responsibility for whatever I churn out here.

I write, not necessarily in defense of Dr. Fayemi, but as a fellow pundit, who is seeing things from a different perspective from yours. Also, I write, not because it is war time and we are exchanging missiles, but because it is peace time and I am at peace with laying the facts bare, the way you seemed to have done. I also declare myself as your friend and colleague, who considers telling you the home truth as no train smash.

Sam, I dare ask you: What is politics? And I dare answer on your behalf, relying on some authorities who described politics as the way that people living in groups make decisions. Politics is about making agreement between people so that they can live together in groups.

In the words of Bernard Rowland Crick, British political theorist and democratic socialist, Politics is ethics done in public. In his 1982 treatise “In Defence of Politics,” Crick listed some political virtues one must have to include (but not limited to) the following: Prudence, Conciliation, Compromise, Variety, Adaptability and Liveliness.

By prudence, Crick said one must learn to “take one step, then see its results before taking another.” By conciliation, he meant “making friends with people you have argued with,” compromise to him is “giving up some things you want to get those things that are most important to you,” variety is that “people want to have a number of choices that are different from each other,” adaptability is when you “meet the needs of changing times” and by liveliness, Crick said the political person must “never be boring.”

You will agree with me at this point that you didn’t do a nice job with that treatise of yours. You committed what a Frenchman would call a faux pas, a tactless act. You did a bad job in defending Oshiomhole and you did a bad job in “offending” Fayemi. You made Oshiomhole look like a fall guy, a helpless and hapless victim who does not deserve to shepherd the APC folk at all. Unfortunately, you ellipsed out the two combined vices known with Oshiomhole. These, in Greek literary tragedy, are hubris and hamartia. Hubris simply means excessive pride, presumption or arrogance, while hamartia is a fatal flaw leading to the eventual downfall of a hero.

Now let’s go into the play proper: On 23 June 2018, Adams Oshiomhole emerged as the national chairman of the All Progressives Congress (APC) in Nigeria following a voice vote by delegates at the party National convention. On November 12, 2019 Oshiomhole was suspended from APC after 18 local government chairmen of the party in his native state of Edo passed a vote of no confidence on him. On January 15, 2020, Edo APC reaffirmed the suspension of Oshiomhole and said he had no legal right to continue to function as the APC national chairman by the virtue of his suspension in Edo State.

On the 4th of March, 2020 a High Court sitting in Abuja ordered the suspension of Oshiomhole from office of the National Chairman of the APC that having been suspended from the party, Oshiomhole was no longer a member of the party and could not possibly continue to discharge his official responsibilities as national chairman with a clear order of the court that Oshiomhole be restricted from national secretariat of the party. Armed security agents including the Police, Department of State Service (DSS) and Civil Defense were heavily deployed to the secretariat to prevent Oshiomhole from entering.

Sam, I assume it is as a result of selective amnesia on your part that you skipped all of the above in your missive in order to be able to carry out your hatchet man’s job on Fayemi. Oshiomhole is facing a battle of his life in his homestead, Edo, which is a sister-state to yours. You’re unable to rescue him from the fangs of his clansmen, but you are quick to recall how Fayemi beckoned at you at a party, raised his voice and said, “Adams does not have the temperament to run a party.” You also remembered that Fayemi, the NGF Chair, visited the President, not being his first time of doing so.

Strangely, the people whose hands and voices you could link to Oshiomhole’s slow, but steady fall as a tragic hero were Governor Fayemi of Ekiti, Governor Bagudu of Kebbi State, “the fellow from Jigawa State” and “the squat fellow from Kaduna who just turned 60.” Your kinsmen from Edo-Delta, who disowned their kinsman, have no hands in his downfall, but those who are miles away from where he was disowned do. Pheeeew!

You didn’t see Oshiomhole’s own hands in his fall. Neither did you see the hands of those who openly called out the failing Chairman. You failed to acknowledge this as the singsong among the party faithful, following what the members call Oshiomhole’s “highhandedness and double standards in the running of the party.” By failing to resolve the plethora of parallel state congresses that preceded the National Convention that produced him, Oshiomhole had left a big snake on his roof while snoring away. Many aggrieved contestants had come to see that the indirect and direct methodologies Oshiomhole was employing at will were his trump to favour his preferred candidates and punish others, especially incumbents that were not in his good books or those of his godfathers.

Recall the then Deputy National Chairman of APC, Senator Lawal Shuaibu, asking Oshiomhole to resign on account of his incompetence. In the letter titled, “APC: Its fortunes versus misfortune, time to act,” Shuaibu described Oshiomhole as lacking the composure to lead the party, that APC under his watch “had become badly fractured in virtually every constituency in the country and was fast losing the goodwill it enjoyed before Oshiomhole’s emergence.”

Also, recall the counter by Oshiomhole’s predecessor, Chief Odigie Oyegun that the former’s failings stemmed from the fact that “he lacks the temperament that is required to run a political party, and…the capacity to manage the different interests and tendencies that constitute a political party. He engages his mouth before engaging his mind; so he offends party members.” All these, in your thinking, must have been influenced by Fayemi due to his ambition.

Sam, endeavour to be your own boss for once, and tell some truth to the whole world. When you poked back at Fayemi at the said party, asking if his comment was not about a 2023 ambition, what was actually on your mind? What fear were you nursing? Whose interest were you trying to protect? Not a few can see through your intention on this.

Now, let us talk a little about Fayemi. If indeed you knew Fayemi well enough, you would have realized that ambition doesn’t control him. He controls his ambition. He is a deep-thinker and highly resourceful person. Take a deep thought back to his political milestones and how he got the ticket in the Action Congress days. Was any vaulting ambition involved? Did he pull anyone down to climb a ladder? There lies your disingenuity, my brother. You admitted to have played a kiss-and-tell game with him at the party where he respectfully invited you over to where fellow governors were seated. But you failed to tell us whether he actually told you what was strange to you about Oshiomhole or whether there had been anything personal between them.

Fayemi was there at the start of APC and he played a central role as the Coordinator of Governors for the merger. He also chaired the zoning committee of APC under the interim chairman, Chief Bisi Akande. The party adopted the zoning of party positions to give every state a sense of belonging. Ekiti got the slot for Deputy Chairman, South, at the time, and Fayemi was still the governor of Ekiti State then. So why is Oshiomhole, who has enough to contend with, now employing an arm-twisting tactic to take the Ekiti slot away to Oyo? Was there a congress where it was ratified?

At this point, Sam, kindly confirm your personal assessment of Oshiomhole to the whole world. Is he your quintessential party chairman? To me, he is not. He is a disaster and an accident waiting to happen. Lest you know, a political party is not a trade union. A political party is strictly guided by the constitution, which must be strictly adhered to by all its members, high and low.

COVID-19 AND THE ECOLOGY OF DEATH -Austin Tam George

Counterinsurgency, Security and Merchants of Misinformation