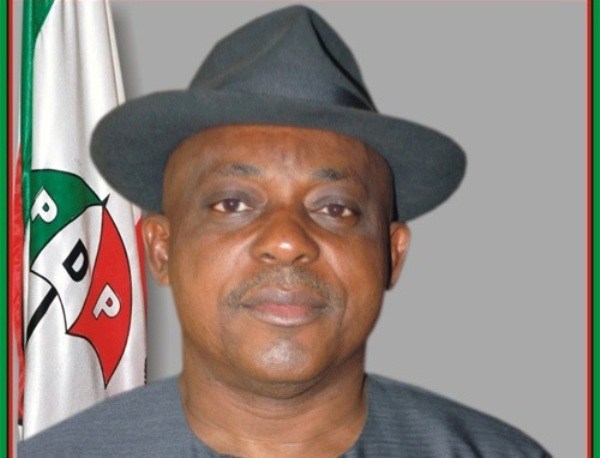 Members of the National Working Committee (NWC) of the opposition Peoples Democratic Party (PDP) are plotting the removal of National Chairman Uche Secondus owing to lack of confidence in his ability to lead the party to victory in 2023.

The plot gathered steam on Tuesday during a meeting of the PDP NWC. Sources at the meeting said many of the NWC members, during the tension-soaked meeting pushed for removal of Secondus, who has been having a running battle to remain in office.

A very reliable source at the meeting disclosed that the NWC members were unhappy with Secondus’ handling of issues in the party, which they said has not made the party play its role as a viable alternative or opposition to the ruling All Progressives Congress (APC).

It was gathered NWC members amongst other issues accused Secondus of not providing effective leadership to enable the party take advantage of what they consider as the poor leadership style of the APC to convince Nigerians to do away with the ruling party in 2023.

“Many of the NWC members are unhappy with him (Secondus). He has not lived up to expectations. And we’re afraid that our great party would not make the expected impact in 2023 if we retain Secondus as national chairman”, the source who did not want to be named.

He stated that issues of financial impropriety and mismanagement were also raised against the chairman, whom he claimed had a hard time defending himself.

PDP governors tackle Secondus over Anambra poll, others.
“There were also allegations of financial mismanagement brought against him. And we needed explanations, which we are yet to receive. There was so much tension, and it was clear many stakeholders in the party wanted Secondus out.

“He has been unable to manage the simmering crisis in the party, some chapters in the north are barely hanging on by a thread.

WIKE to Other governors: DON’T USE COVID -19 AS PRETEXT NOT TO PROVIDE BASIC INFRASTRUCTURE