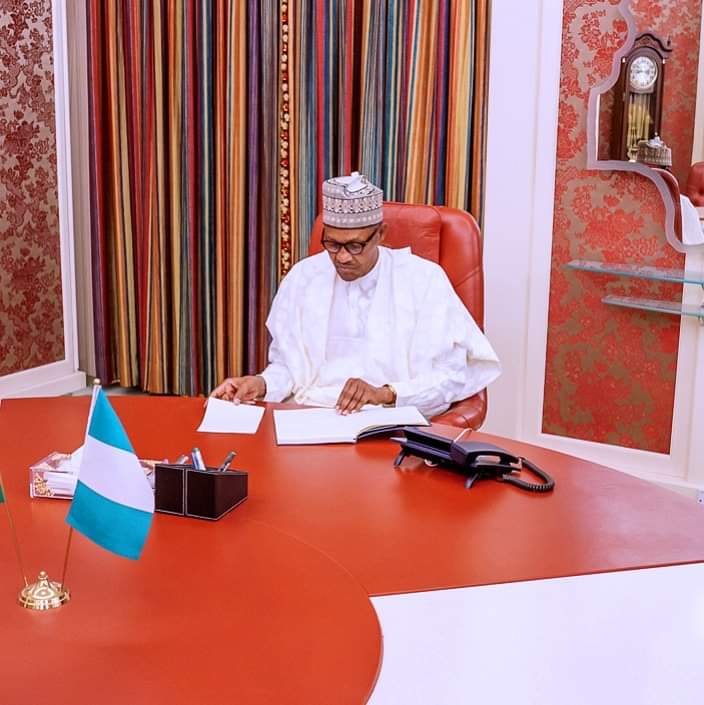 PRESIDENT Mohammadu Buhari Tuesday declared that 90 per cent of all Boko Haram’s victims in the past years have been Muslims.
The insurgents began their murderous activities in 2009 after the killing of the leader Mohammed Yusuf.

Global Terrorism Index indicates that the group since 2009, has killed tens of thousands and displaced 2.3 million.
In an article published in Speaking Out; a guest opinion column for “Christianity Today”, President Buhari said that the perception that members of the sect were always targeting Christians in Nigeria is not completely true.

The President said that the terrorists have targetted the vulnerable without discrimination.
President Buhari was reacting to the outrage that trailed the murder of the Chairman of the Christian Association of Nigeria (CAN) in Michika Local Government Area of Adamawa State, Rev. Lawan Andimi after Boko Haram insurgents who kidnapped him rejected an N50 million ransom.
According to him, “it is the reality that some 90 per cent of all Boko Haram’s victims have been Muslims.

“They include a copycat abduction of over 100 Muslim schoolgirls, along with their single Christian classmate; shootings inside mosques; and the murder of two prominent imams.

“It is a simple fact that these now-failing terrorists have targeted the vulnerable, the religious, the non-religious, the young, and the old without discrimination.”
The President assured that his government was committed to bringing to an end the activities of the insurgents in order for the country to once again experience peace.

Rumbles in Southwest APC over search for Deputy National Chairman