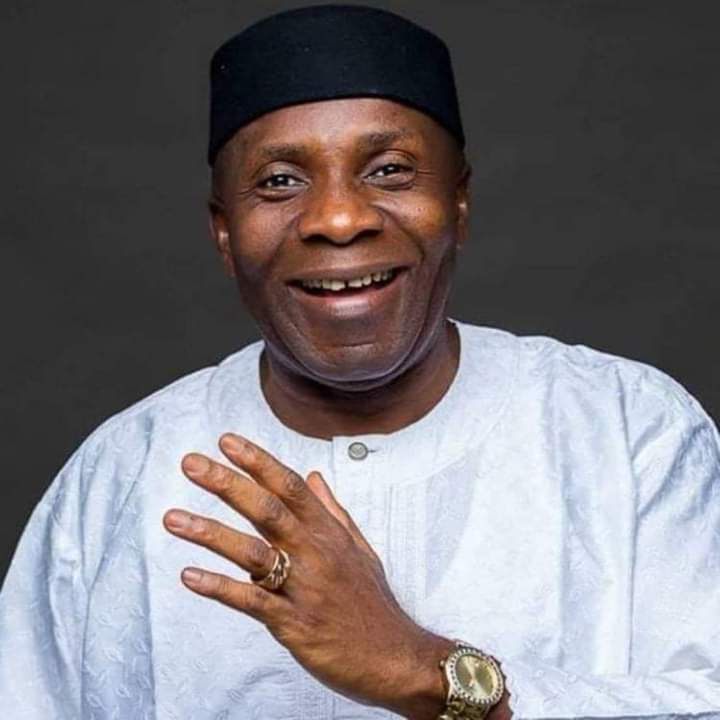 The All Progressives Congress (APC) is amused by the allegation by the Forum of People’s Democratic Party (PDP) Northern Governors that their former colleagues and National Assembly members who defected to the APC were intimidated and forced to join the party.
The allegation is comical, laughable and devoid of truth.
PDP has conveniently forgot its ignominious and rejected pastime of muscling the opposition. We will remind them.
Nigerians will recall how the PDP government in 2003 muscled and eventually collapsed the main opposition party, Alliance for Democracy (AD) by illegally deploying state machinery aided by security services then at their disposal to capture five of the six states in the Southwest geo-political zone under the control of AD.
The PDP mastered and weaponised the undemocratic and devious strategy in the well-reported inducement of National Assembly members in the then PDP government’s rejected and failed bid to amend the constitution for tenure extension aka Third Term Agenda.
From Ekiti, Anambra, Plateau, Oyo and Bayelsa states, democratically-elected governors were unconstitutionally removed from office by the then PDP government through manipulation of state assemblies and other gestapo tactics. Elected governors were jailed and some forced into exile.
Nigerians cannot forget the dangerous ‘do-or-die’ politics the PDP government introduced to the country’s political lexicon and electioneering.
In 2009, observers dismissed the presidential election declared in highly-contoversial circumstances in PDP’s favour as so deeply flawed as not to be credible, a position acknowledged by President Yar’Adua that there were “lapses and shortcomings” in the elections.
PDP in its bid to legitimize the flawed 2009 presidential election again muscled and induced the then main opposition, All Nigeria Peoples Party (ANPP) into forming a ‘Government of National Unity’, leading to the ANPP’s factionalisation and eventual crash.
In the same period, the PDP literally swallowed the Progressive People’s Alliance (PPA) with the party leadership joining the PDP, furthering its one-party state ambitions.
We wish to make it clear that those who defected to the APC from the dying PDP have done so in recognition and appreciation of the indisputable achievements of the President Muhammadu Buhari-led administation. They are coming in droves to be part of the APC’s continuing drive to improve the wellbeing of all Nigerians in all parts of the country.
The internal democracy and progressive outlook institutionalised by the Governor Mai Mala Buni-led Caretaker/Extraordinary Convention Planning Committee (CECPC) has attracted many well-meaning patriots who are joining the APC to contribute their quota to our country’s progress.
The peace and harmony in the APC for which it is known, is an additional incentive that makes the country’s largest party with over 40 million registered members irresistible to forward-looking patriots that have something good to offer the electorates.
While members of the Northern PDP Governors’ Forum are stuck in the inertia caused by the clueless and dictatorial leadership of their tattered party, governors elected on the platform of the APC across the country are busy providing infrastructure, expanding educational and economic opportunities in line with our party manifesto.
President Buhari’s multi-sectoral achievements are the unique selling points attracting enmasse well-meaning Nigerians including erstwhile PDP Governors to the APC as well as cross partisan support for this administration’s many pro-people social interventions in particularly targeting the poor.
For a political party that was overwhelmingly rejected by Nigerians in 2015 and 2019, the PDP’s failure to sincerely beg Nigerians to forgive its atrocities during its 16 wasted years and provide credible opposition has undoubtedly caused its irreversible descent into the abyss.