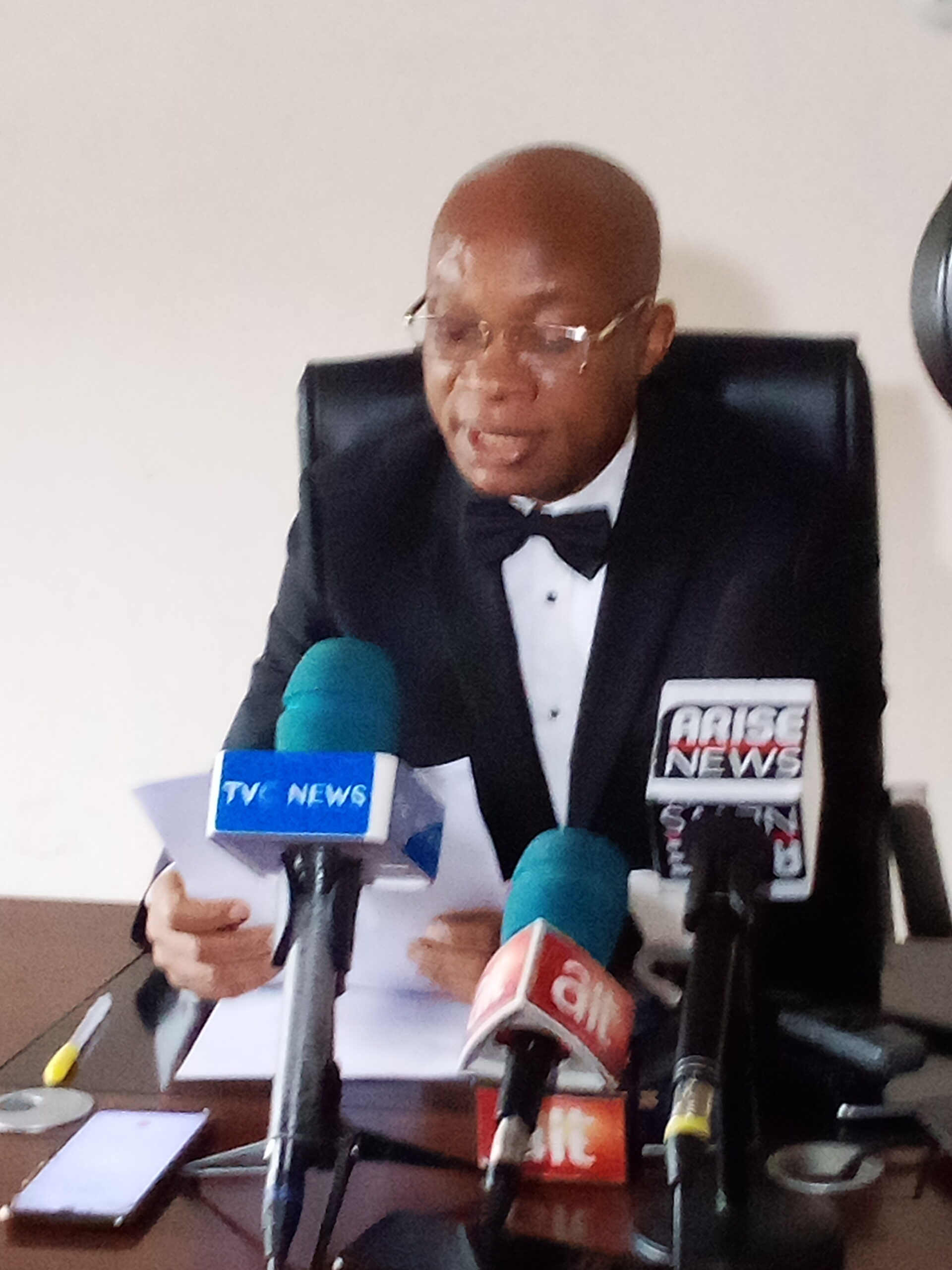 *Sets up Committees for the forthcoming State Local government election

Former Rivers State Attorney General and Commissioner for Justice, Wogu Boms,of the Senator Magnus Abe faction of the All Progressives Congress,APC,has said that
Tuesday’s Court of Appeal Judgement which affirmed the Chairmanship of  Isaac  Ogbobula  did not set aside Justice Omereji’s judgement that favours of Abe’s faction.

Boms who was the Director-General of the Senator Magnus Abe 2019 Governorship Campaign Organisation,.said the Appeal Court said struck out strike out the second case which the faction  loyal the Minister of Transportation, Chibuike Amaechi appealed against because it lacked jurisdiction to entertain a preelection matter.

Boms argued that as it stands, the decision in the Judgment of the Supreme Court affirming the rights of the Ibrahim Umah and thousand others, who purchased forms to participate in botched Congress of APC in May 2018 will be the only ones who will participate in any future Congress organised by the party no matter the faction they belong.

Most of those denied participation in the botched Congress of APC were of Abe’s faction.

Former Attorney General of the State posited that the rights of those purchased forms from the party Congress but were denied participation have been further  reaffirmed in the same Appeal Court Judgement that sacked Igo Aguma.

“The judgement remains unchanged and cannot ever be altered by anyone, no matter how highly placed, as the Judgment of the Supreme Court, according to the Supreme Court itself, ‘is for all time and for all ages’”.

“So, the rights of all the Ibrahim Umahs who paid for forms to contest for the Congresses are preserved for as long as it takes the APC to organize the Congresses and until the Congresses are validly held with their participation, unless they themselves decide not to participate. It is a decision that can never ever be academic. It will stand until it fulfills that for which it was decided.

The former Attorney General further explained  when that time comes for future Congresses to Organized by APC, they will not need to pay for forms anymore, having already previously paid for the same unless they decide not to participate again.

He lashed at the faction loyal to Amaechi of lampooning Justice George Omereji now retired, in a press conference addressed by Isaac Abott Ogbobula two days ago because of the judgement they felt was unfavourable to them that restored the rights of Ibrahim Umar and others who has purchased forms for Congress in 2018.

He vowed that the faction will not be discouraged by the temporary setback by the Appeal Court Judgement and warned that individuals will continue to trouble the party so long as members who bought forms to partake in congresses in 2018 are being denied.

“No one can intimidate us it will not work. No power exist in this world to stop anyone access to justice.The Rivers State Judiciary is here to hear us.No judge is Rivers should fall for any cheap blackmail by the other faction of APC. They should open even on Sundays whenever we feel aggrieved to seek justice.”
He announced the faction has opened a a litigation appeal fund reserved for members who feel oppressed by the party so they can access justice.

“We hereby open litigation funds for any of our members who want to go to court. To provide funding for such persons,” he said.

In a similar development, Charles Befil Nwile,former Deputy Speaker Rivers House of Assembly and the Secretary of Organising Committee of the faction’s  participation in forthcoming local government election in the state affirmed the confidence that faction will participate and win.

Already, the election planning committees in all the 23 Local Government areas as set up by  former Chairman Igo Aguma have been given the additional mandate of collecting and collating evidence of payment of forms for the May 2018 Ward Congress from all party faithfuls who paid at the relevant time in preparation for the Congress of the party.

When Nwile was asked if the national body of  APC will endorse his faction’s participation in an election to organised by the Rivers State Election Commission,RSIEC, headed by the same Justice George Omereji retired accused of bias by Amaechi’s faction, the former Deputy Speaker answered in affirmative.

“It is an internal party matter. We have confidence in the leadership of RSIEC for credible conduct of the local government Election. We’ll participate and win”.

He congratulated Hon Golden Ben Chioma on his emergence as the new Caretaker Chairman of their faction.

Gombe Declares State of Emergency on Water, Sanitation and Hygiene