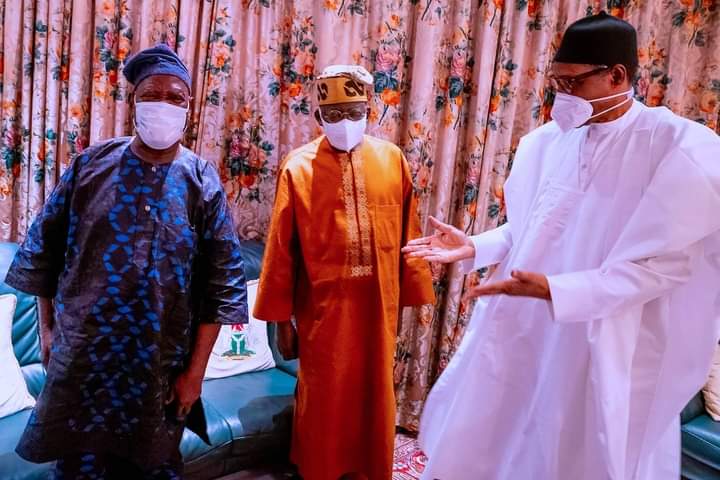 Former governor of Jigawa State Alhaji Sule Lamido has claimed that supporters of President Muhammad Buhari are opposed to the prospect of ex-Lagos Governor and APC National Leader Bola Tinubu becoming president in 2023.

Speaking in Kano during an interview with select reporters, the People’s Democratic Party (PDP) chieftain said that the promoters of the Buhari Presidency would most certainly shun Tinubu’s candidacy in 2023, fearing that his emergence would automatically dwarf their 8-year performance and erase their place in history.

According to Lamido: ‘In 2023, the emerging political scenario is that anybody with a personality, they would not put him there. If you put Tinubu there, he would bury Buhari’s achievement.

“This is because Tinubu is focused, he knows what he is doing as a leader. He builds people, he builds the economy. He has so much going for him that they just envy him.

“And therefore, they would never allow him to get to the Presidency because if he gets there, his achievements would simply bury Buhari’s and make nonsense of his Presidency. They would not allow him”, Lamido said emphatically.

Lamido, who scored the Buhari administration low on all fronts from security to the economy, including the management of the various crises currently bedevilling the country, regretted that all these problems were offshoots of bad leadership.

“There are defined features of good leadership. It is about justice, about equity, about fairness, about mutual respect, about trust about love, about empathy. It is not something that is very difficult, but they are abandoned at the moment and no matter who is there, so long as you abandon part of this or all of these, you surely can’t get it right,’ he argued.
‘When you are an eight-year president under democracy and you said that you will only work where you got your votes, where do you put your oath of office”? he asked.

Lamido said that a Nigerian president should be able to apply the measures of good leadership as specified in all the books, adding that once that is done, things would get better and Nigeria would be back on track.

Speaking on the position of southern governors on open grazing, Lamido stated that the proposed law to check their activities was unnecessary, saying that that particular lifestyle of roaming from forest to forest was bound to evolve away in the face of modernity without requiring any particular intervention.

“It is very basic, whether the government intervenes or not, whether there is a grazing law or not, this kind of culture of roaming around with cows would simply disappear, something is going to happen. So, why we keep punishing ourselves, losing our sleep, wasting our energy over an issue that is simply evolutionary?

“One day, maybe in the next fifty years, you will not find any cow in the forest. You will find cows like they do in America in areas where they produce the grass for the pasture, where they do the milking and others. It is just because we are simply in a hurry. You cannot simply alter a culture, a tradition, through a law, which is about a hundred years old. You can’t do that.

“There are some things that are very simple to understand, but which are made very very difficult because of political interest. You don’t have to make a law from grazing. Time would wind it away”, he stated.