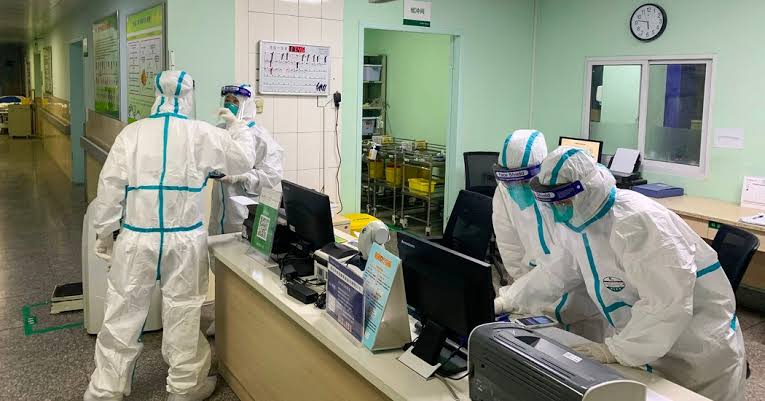 Governor of Sokoto State, Rt. Hon. Aminu Tambuwal, on Thursday commended his Delta counterpart, Sen. (Dr) Ifeanyi Okowa, for establishing an isolation centre and adopting other measures to check Coronavirus case when detected in the state.

He made the commendation in Asaba while fielding questions from newsmen after inspecting facilities at the centre located at the Federal Medical Centre.

Tambuwal, who was in Delta to inaugurate two road projects – Mariam Babangida Way, Asaba and Ogwashi-Uku/Ubulu-Uno road, expressed joy that Okowa had taken proactive steps to ensure the safety of citizens.

He described the governor as a workaholic, who believed in the delivery of democratic dividends.

“I have been in the state since morning; I have gone round and before now, I have been aware of the infrastructural developments being pursued and completed by the government of the state under the leadership of Gov. Ifeanyi Okowa.

“I must commend him and his team for the transformation of the state in spite of paucity of funds and general economic depression; other sectors in the state are not suffering because he has achieved great results when it comes to job creation for the youths in the state.

“A lot of progress is ongoing in the state and the isolation centre will help to tackle the effects of Covid-19 which is affecting several nations globally and a lot of modifications have been made to accommodate patients, should there be victims of the disease in the state.

“With all the preparations being made, I believe that Delta State is getting ready for the virus and we hope that we shall not have any reason or cause to use this centre.

“On medical emergencies such as this, we do not look to one direction for solutions as it is our collective responsibility like Gov. Okowa is already taking preventive measures to tackle this crisis.

“This goes to show that it is our collective responsibility as leaders, to look after the welfare and wellbeing of our citizens,’’ he said.

Tambuwal urged leaders in the country to rise to the challenge of the global pandemic.

He said I am appealing that as leaders, we should collectively rise to this challenge which is why when Governors of North West met in Kaduna, we resolved that public schools in the region be closed. We made sure that we took certain proactive measures which also includes coming up with isolation centres such as this.

“So, it is a collective responsibility of all, but, I will as well appeal to the Federal Government to do more, especially in terms of making the people to be aware of the dangers that Coronavirus truly pose.

“The government should take more drastic measures, such as closure of airports, to limit the entry of people into our nation.”

Responding to some question, Okowa stated that the effects of the coronavirus on nations called for concern and that the isolation centre which had been established for such cases was important.

“We have just finished touring the isolation centre and a lot of modifications had to be made the moment the National Centre for Disease Control (NCDC) came and gave their advice on how best to tackle the disease.

“The modifications made will ensure the greater safety and care of patients as well as the medical staff that will be attending to them.

“It will also ensure that patients can safely interact with their visitors and family members without having to pass any infection to them, and with an incinerator provided, equipment used to treat any patient in this facility will be immediately incinerated to ensure proper care of patients,” he said.

Uzodinma attack Wike: You are too garrulous, Mr Know All