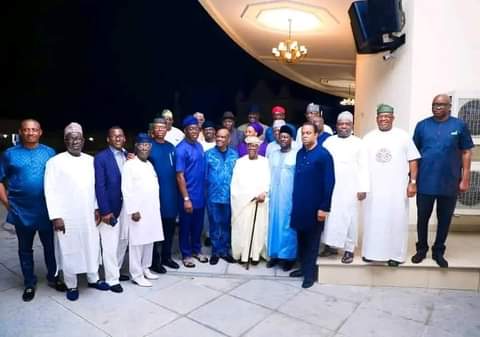 The camp of Rivers State Governor Nyesom Wike in the PDP has officially announced its withdrawal from participating in the presidential campaign of the party for the 2023 elections.

The group made its position known after a long meeting held on Tuesday evening at the private residence of Governor Nyesom Wike in Port Harcourt.

Members of the group said none of them will participate in whatever capacity in the campaign council unless the National Chairman of the party, Iyorchia Ayu, resigns for a southern candidate.

Some members of the group were recently appointed as leaders and members of the campaign council for the party’s presidential candidate, Atiku Abubakar.

Lagos: MC Oluomo Distances Self From Sale Of Tinubu’s Sticker